Life is sweet. Good job. Pretty wife. A nice house in the suburbs. Shame about the past, creeping up behind you…

Charlotte is back on track, thanks to support from her steadfast husband Malcolm and son, Evan. She thinks she’s found another lifeline in her new friend, Shane. But Shane knows more about her idyllic life than she realises. And just how to destroy it.

The Harvest is a tense thriller from acclaimed playwright, Jane McCarthy, about second chances and second lives. What we do when we have them, and what we might do to take them from others.

“The world knows about me. It knows what I did and it doesn’t care anymore. But what about you? What about what you’ve done?”

As a playwright Jane McCarthy has had three plays staged, Epilogue in 2009 and Overtime in 2012 and 2013, which received great critical acclaim and a sell out run in The New Theatre Dublin, a venue dedicated to discovering new writers. She was most recently commissioned to write a short radio play, Amy, as part of the sold out event Dead Air in the Bram Stoker Festival 2017. On the strength of Overtime she was selected to be part of Dublin Theatre Festival’s ‘Play- On’ initiative in 2014, an advanced playwriting course taught by Graham Whybrow, former Literary Manager of The Royal Court Theatre, London.

Jane graduated from UCD in 2014 with a first class honours MA in Creative Writing, and was taught by many esteemed writers such as Frank McGuinness, Carlo Gebbler, Eilís Ní Dhuibhne, Paul Perry and James Ryan. Her first novel, Honest, was shortlisted for the Irish Writer’s Novel Fair 2015.

She also holds a Degree in English Literature from UCD.

MID – John Morton as Shane and Melissa Nolan as Charlotte. 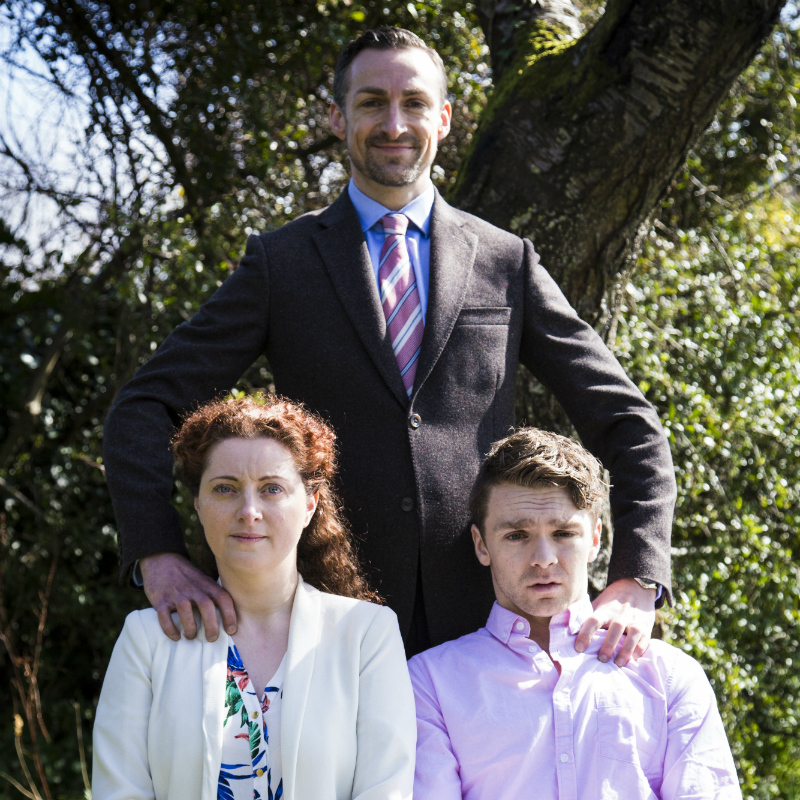