War Goddess (aka The Amazons)

Ancient Greece! Women on horseback! Bows and arrows! Banned heterosexuality! Who can resist? Despite the poor dubbing, the mad hair, the plastic swords, the voyeurism… there is a truly epic scope to this story, and the Amazons are taken quite seriously. The battle scenes are pretty good too. Very importantly, the film is an adaptation from a book by Robert Graves, who is a god in classical studies — no one could ever dream of a more respectable ground-work for the story of the Amazons, the mythical warrior women who banded together to create their own society. Portrayed in the frieze of the Parthenon, sung by the ancient poets, feared by the world’s greatest armies, they have been an enduring inspiration for lesbians til the present day. 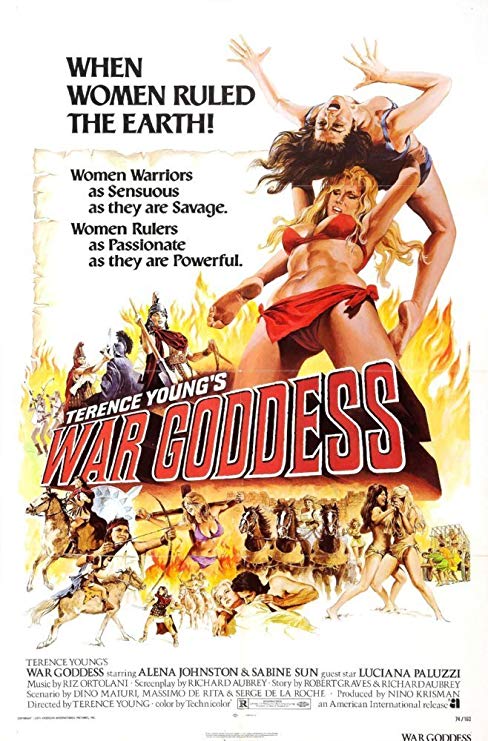