We associate camp with drag queens, the film stereotype of the ‘sissy man’, and Christmas. But there is also an often forgotten tradition of lesbian camp, of flamboyant masculine dress, ancient Greek robes, monocles, weird hats, Victoriana, tattoos, capes, checked shirts, ‘gentlemanly’ behaviour (e.g. opening doors for ladies), and Xena: Warrior Princess. Camp is gender-bending, with the transgressive irony of exaggeration. And exaggeration is the main ingredient of melodrama, with irrepressible feelings that spill over and flood the screen. This Victorian pastiche is a shamelessly melodramatic operatic lesbianatic explosion of fun and madness. 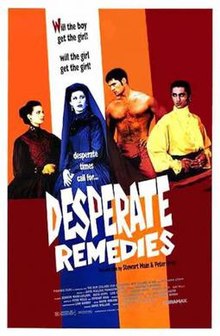