The Singer Not the Song

Westerns are about good and bad –meaning crime and justice–, unhinged villains versus the need for rules –meaning savagery versus state-sanctioned violence–. The best Westerns in fact cross that red line, and the wandering ‘outsider’ is often the hero, but the fact is that the genre has an in-built authoritarian vein. Is there room for queering? The gloriously camp Zachariah (1971), Calamity Jane (1953), Even Cowgirls Get the Blues (1993), and The Singer Not the Song (1961) prove that you can – and we’ve been at it since 1912, with the cracking Algie de Miner, which we screened in Season One. The Singer Not the Song is a two-hander, with John Mills literally playing straight, and Dirk Bogarde as cocky as cock. What a duel. What an ending. 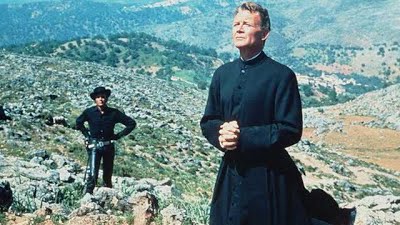