Home  /  Theatre   /   Walking To Jerusalem
Back to events

Blisters, hope and other facts on the ground

2017 marked three major anniversaries in the Palestinian struggle: the centenary of the Balfour Declaration, the fiftieth year of Israel’s military occupation of the Palestinian Territories, and the tenth year of the blockade of Gaza. To change the record after a century of injustice, a pilgrimage set out to walk from London to Jerusalem – in penance, solidarity, and hope. This was the inspiration of award-winning playwright, actor, and musician Justin Butcher (Scaramouche Jones, The Madness of George Dubya, The Devil’s Passion), who worked with human rights charity Amos Trust to mount the Just Walk to Jerusalem, June – November 2017.

Calling for equal rights for all in the Holy Land, more than one hundred walkers took part. Nine walked the whole way.

This is their story – walking journals and travellers’ tales on paths of pilgrimage and conquest, from monasteries and mountain passes to Bedouin camps and desert wadis across Europe and the Middle East — brought to life in a playful and inventive blend of theatre and stand-up directed by acclaimed theatre maker Matilda Reith (Daniel, Grounded, Remains of the Day), with a haunting and evocative soundscape by Jack C. Arnold (Wild Rose, War & Peace, Holy Flying Circus, Albatross) and video montage created from live footage along the route, by award-winning artist Damian Hale (Sigur Ros, Chemical Brothers, U2).

Along Roman roads and refugee routes, with occasional outbreaks of blisters, tear gas and desert spirituality, virtuoso storyteller Justin Butcher traces the perils, pratfalls and marvels of the path to Jerusalem. From the author of the world famous, multi-award winning Scaramouche Jones, which premiered at the 2001 Dublin Theatre Festival, starring the late great Pete Postlethwaite, an unmissable chronicle of serendipity: happenstances hilarious, infuriating and occasionally numinous – or, as pilgrims might say, encounters with the Divine. 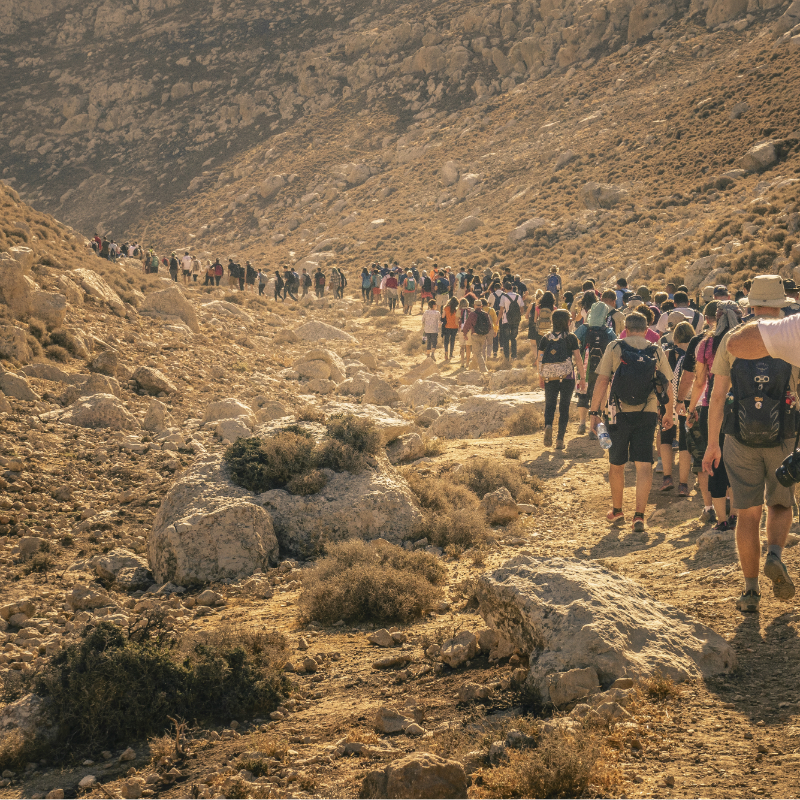