A One and One: Two plays about contemporary social issues

Home  /  Theatre   /   A One and One: Two plays about contemporary social issues
Back to events

A One and One is a theatrical experience involving two short plays dealing with serious current social issues.

Amber A Girl In Homeless Land depicts what happens when a girl whose family becomes homeless and attempts to keep her pet dog Rex. We experience a strange topsy curvy world through her eyes. She befriends two homeless men living in tents along the Royal Canal.
We enter a society where tourists live in houses and families live in hotels.

Under Pressure deals with drug related intimidation.
Simon has been reared by his grandparents and one day their lives are abruptly changed when two men burst into their house and tell them “Your grandson has been a naughty boy. He owes us 2000 grand and now that debt is yours.”
The play depicts their attempt to get justice and how easy it can be for victims to be criminalized. Their journey through terror is not uncommon and challenges us all to rethink solutions to the drug crisis.

Though both plays deal with serious social issues they are without self-pity and full of humor and hope. 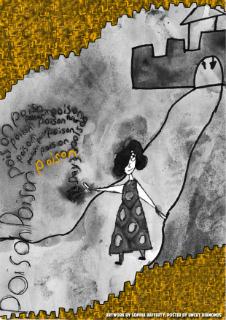 Presented by UnCut Diamond Players and The New Theatre