AboutFACE’s much-loved festive “radio-play-within-a-play” for the whole family returns for an extended run this December at The New Theatre.

In this fast-moving, heartfelt comedy based on true events, young radio superstar Orson Welles and his Mercury Theatre gang are presenting “A Christmas Carol” in New York live ON-AIR on Christmas Eve 1938 … having just lost their Scrooge. Can Orson and his overworked cast survive the last minute chaos and pressure to give this Christmas Carol a happy ending?

Featuring a 45-minute version of “A Christmas Carol” in the 1930’s radio style with live sound effects and carols, this is a Christmassy treat for the whole family, with a touch of old Hollywood glamour … 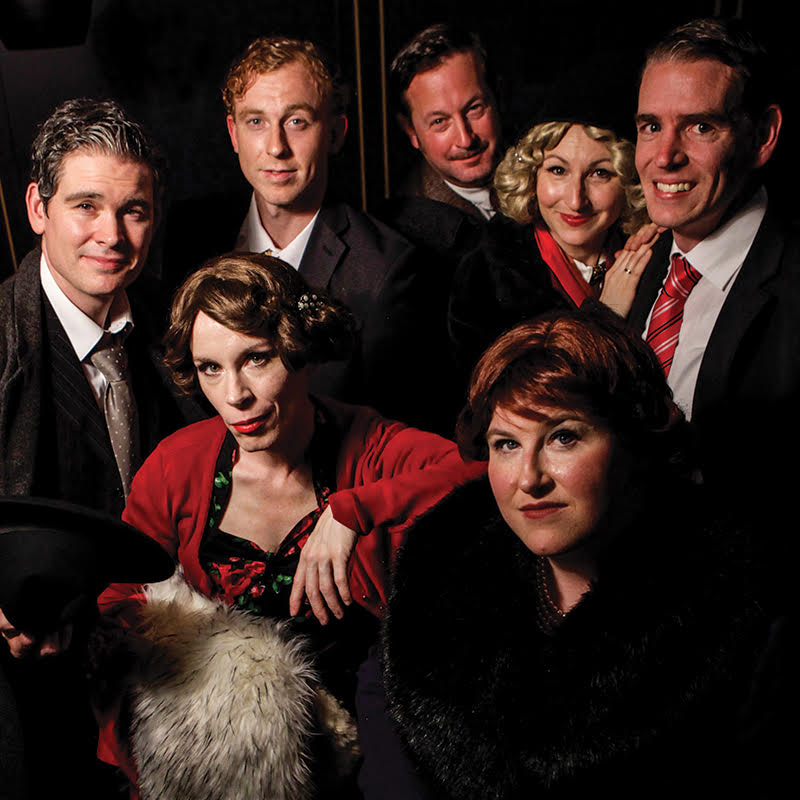