Toffee is a short play about education, about cake in the
National Gallery and meeting someone sexy who makes
your tummy tighten.

To make a donation to the artists: CLICK HERE
Suggested Donation is €5 to go toward the artists (Actors & Playwrights)

ABOUT THE ACTOR
Clelia is currently playing the role of Baroness Elsa von Schraeder in UK & Ireland Tour of THE SOUND OF MUSIC for Bill Kenwright Productions. She was recently seen in THE VALLEY OF THE SQUINTING WINDOWS directed by Michael Scott and GYM SWIM PARTY by Danielle Galligan & Gavin Kostick in this year’s Dublin Fringe Festival. Earlier this year she appeared on stage in Shay Linehan’s adaptation of Maeve Binchy’s LIGHT A PENNY CANDLE for Breda Cashe Productions.
She recently competed in the Irish edition of the internationally acclaimed series DANCING WITH THE STARS for ShinAwil Productions on RTÉ. She has recently completed filming the role of Kathleen Buckley in the feature film DANNYBOY directed by Ferdia Mac Eanna.
Recent credits include the role of Rhiannon in the RTÉ series BERNARD DUNNE’S MYTHICAL HEROES directed by Hugh Farley, the role of Lorraine alongside Alison Spittle in the RTÉ comedy NOWHERE FAST, directed by Simon Gibney for Deadpan Pictures, the role of Maeve in the touring production of BOOM by Isobel Mahon and directed by Caroline Fitzgerald and John Murphy’s musical ELVIS IS MY DADDY, in which she played the role of Lulubelle LaVelle.
She is best-known for her long-running role as Niamh Brennan in RTÉ’s hugely popular drama series FAIR CITY.

This performance will be streamed online only.
Visit The New Theatre facebook page to view live at 9.15pm.
It will also be available on thenewtheatre.com shortly afterwards. 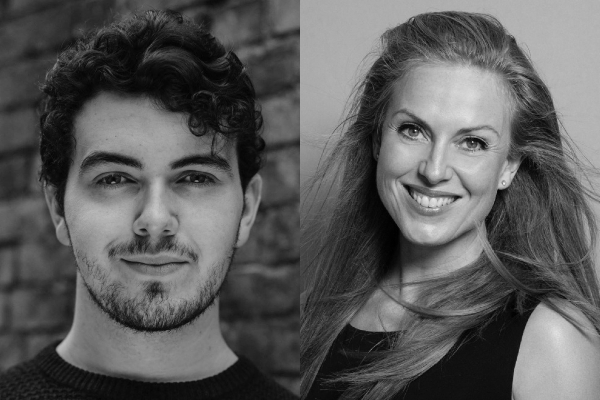