When a global pandemic puts the country on lockdown,
Clíona is confined to constraints of her own home. Seeing
her opportunity to provide primary source information for
future historians, Clíona decides to make a diary series,
assuming the role of a modern day Anne Frank. Alone with
her thoughts, Clíona reflects on her life thus far and
discusses her distaste for hugs and lace underwear.

ABOUT THE AUTHOR
Ali is an actor and writer from Dublin. Her debut self penned comedy play ELECTRIC toured the UK & Ireland in Spring 2019 and her second play DISCONNECTED enjoyed a sell out run at The New Theatre the same year. Ali was one of 6 writers for The 24Hr Plays at The Abbey Theatre in January 2020.
As an actor, Ali recently finished filming on season 2 of FINDING JOY (Treasure Entertainment, RTE), THE SOUTH WESTERLIES (Deadpan Pictures, RTE) and DEAD HAPPY (Playground Pictures).
Ali has a screenplay in development with Screen Ireland & Treasure Entertainment, is a recipient of this years Creative Ireland Bursary Award, Pavilion Theatre Patron Donation Award and was a 2019-2020 resident artist with the Dublin Fringe Festival.

ABOUT THE ACTOR
Madi is a graduate of Gaiety School of Acting full time course 2015.
She just wrapped a role in Merman’s FRANK OF IRELAND for Channel 4/Amazon. Other screen credits include the lead in Eva Wyse’s one minute film BITCH screened at Galway Film Fleadh 2019, the role of Stella Lyons on RTÉ’s FAIR CITY, and Goneril in WarTank Productions’ KING LEAR for Shakespeare Unwrapped.
Madi performed in Game Theory’s MOOP as part of Dublin Fringe Festival 2019 which was listed as The Irish Times’ Top 9 Fringe Shows 2019 and was nominated for Best Ensemble Award.
In April Madi took on the role of Baba in UNESCO‘s co-production with The New Theatre of Edna O’Brien’s GIRLS IN THEIR MARRIED BLISS for which she received a glowing review evidenced below in the reviews section. This show will enjoy a national tour this coming autumn 2020.
Previous to this Madi enjoyed a fantastic sell-out fortnight of Ali Hardiman’s new comedy DISCONNECTED in The New Theatre in February.
She travelled to Edinburgh Fringe Festival 2018 with Kit Thompson’s dark comedy THE THREESOME which played a successful week in Greenside Studios. She opened 2018 taking on the role of Tanya in The Granary Theatre’s production of PUNK ROCK in January 2018. Previous theatre credits include a national tour of DUBLINERS WOMEN in various theatres including Belfast’s Lyric and The Pavilion in Dun Laoghaire and THE SPINNING HEART, an adapted play from the award-winning novel by Donal Ryan which enjoyed a sold out run in The Gaiety Theatre following runs in both The Mill Theatre Dundrum and Smock Alley in early 2017. Madi doubled up as The Fool and Cordelia in KING LEAR and played Lady Capulet in ROMEO & JULIET as part of the Gaiety School Shakespeare Programme which toured both rural and city Ireland, performed in REMEMBER TO BREATHE as part of Tiger Dublin Fringe 2015 written and directed by Orla Murphy as well as the award-winning playwright Philip Doherty’s premiere of THE FULL MOON HOTEL in Smock Alley Theatre.
Madi is a skilled musician as well as actor, trained with ABRSM in classical violin (grade 8) and a strong grasp on musical improvisation and composition. 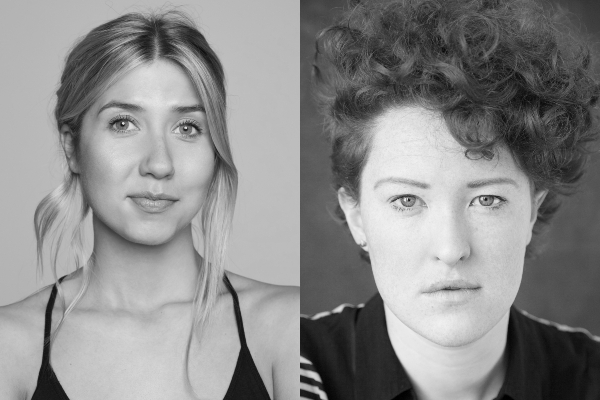