A Tale of Lost Biafra

Acclaimed reggae musician Ben ‘Chude’ Okafor was just 13
years old when his homeland of eastern Nigeria seceded, in
the face of widespread pogroms against the Igbo people, to
form the fledgling state of Biafra in 1967. Initially the ‘Land
of the Rising Sun’ was amazingly successful under their
visionary leader, Emeka Ojukwu, but when Nigeria, financed
and armed by Britain, laid siege to the trapped enclave, a
brutal famine began, in which a million children died. Biafra
became an international crisis, scandal and humanitarian
cause.
Volunteers came from all over the world to assist, churches
and charities raised funds, and everywhere popular
movements protested at Britain’s role in the tragedy,
described as ‘genocide’ by then-President Nixon. John
Lennon famously gave back his MBE in outrage.
Never-before-seen photographs of starving Biafran babies
in western newspapers appalled the eyes of the world.
Ben and I dramatised his experiences as a child soldier of
Biafra in the 2005 BBC Radio drama Chukwudebelu
– Preserved of God. Fifty years on from the fall of Biafra, we
are honoured to premiere A Tale of Lost Biafra for the Fight
Back Festival at the New Theatre, Dublin.

ABOUT THE AUTHOR
Justin’s multi-award winning play SCARAMOUCHE JONES starring Pete Postlethwaite, directed by Rupert Goold, premiered at the Dublin Theatre Festival 2001, and has been touring the world ever since. His hit anti-war satire THE MADNESS OF GEORGE DUBYA, hailed by Michael Billington in The Guardian as the catalyst for the re-politicisation of British theatre in response to the Iraq War, transferred to London’s West End for an extended run in 2003, followed up by its sequels A WEAPONS INSPECTOR CALLS and GUANTANAMO BAYWATCH. Other credits include six plays for BBC Radio, most recently THE DEVIL’S PASSION, starring David Suchet, and his latest solo show, WALKING TO JERUSALEM, a dramatisation of his 2017 walk from London to Jerusalem for Palestinian rights, which premiered at the New Theatre for the 2019 Dublin Theatre Festival.

ABOUT THE DIRECTOR
Amaka Okafor’s Theatre work includes: The Son at The Kiln/Duke of York’s theatre I’m Not Running, Macbeth, Saint George and the Dragon, Peter Pan at the National Theatre; Grimly Handsome, I See You at The Royal Court; Hamlet at the Almeida Theatre;
Hamlet for Sonia Freidman Productions at the Barbican; Mermaid for Shared Experience; Bird on tour; Glasgow Girls and The Bacchae for National Theatre of Scotland; Dr Korczak’s Example at Manchester Royal Exchange & Arcola; 24 Hour Plays and Branded at the Old Vic
Her work on television includes: The Split, Des and Vera.

ABOUT THE ACTOR
Ben Okafor is a singer-songwriter, poet and actor. He is the founder and Artistic Director of the arts charity, Amaka Beautiful Child (ABC). Ben is a prolific performer as well as an advocate for social justice, a passion that grew from his own experience of involvement as a child soldier in the Nigeria/Biafra war. Ben has used his art to communicate creatively on social issues for many years. These performances have taken him to many parts of the world, placing him before diverse audiences including students (both university and high school), educationalists, health care specialists, politicians, activists, church and community leaders and charitable organisations. He has worked with human rights NGOs internationally, as well as playing clubs, pubs and festivals of all sizes throughout the world. Ben’s music moves effortlessly between the best of African Reggae with its rich lyrical heritage, classic folk protest songs in the vein of Bob Dylan, and driving reggae beats betraying the early influence of Peter Tosh, the Wailers, and Bob Marley.

Reviews for WALKING TO JERUSALEM 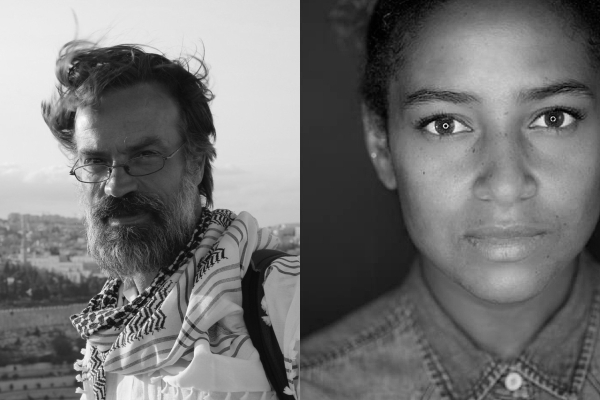