Ideal World is a poignant comedy about online shopping, second chances and the true nature of time.

Lonely fifty-something Merce is coping with the recent death of her mother through her addiction to the Shopping Channel. It’s only when she meets widower Ted at the Bereavement Survivors’ Support group that they both endeavour to move beyond their timid lives in the quest to re-connect with Merce’s adopted daughter.
In a cast of oddball characters including her overbearing sister Alice, and matchmaking Alice, Merce discovers a new way of being but realizes in the process there’s no such thing as an IDEAL WORLD.

Isobel Mahon – Writer
Most recent play ‘BOOM?’ ran at the Gaiety Theatre, concurrently with US version, ‘Party Face’ ran Off-Broadway at the City Centre for fourteen weeks in 2018 starring Hayley Mills. Previous plays ‘Box of Frogs’, ‘Billy the Boat Loves Angelina’ also at the New Theatre, ‘Ghost Stories’ and ‘So Long, Sleeping Beauty’, Little Theatre of Massachusetts RTE, BBC. She also worked for three years as a scriptwriter for Fair City.
Isobel played Michelle in ‘Glenroe’ for sixteen years. She won a Harvey’s award for Best Newcomer to the Irish Theatre for Semi Private at the Gate and worked widely in Irish Theatre, including Mum’s The Word, Pavilion, also ‘Weighing In’ by Ger Gallagher and ‘BOOM?’, both directed by Caroline FitzGerald. Isobel is also agony aunt Ask Isobel on The Afternoon show for RTE.

Donagh Deeney – Ted
Donagh qualified as an engineer and then joined the Abbey Theatre in 1981 where he performed in over eighty productions.
He also played the role of David Brennan in RTE’s Glenroe for ten years. Recently he has played Eric O’Shea in TG4’s Ros na Run.
Other credits include two episodes of Game of Thrones (before he was killed) and many productions with The Passion Machine, Red Kettle and Corcadorca.
He is married to Linda and they have two children,

Claudia Carroll – Alice/Rosemary
Claudia was born in Dublin, where she still lives and works as an author and actress, best known for her role as Nicola in RTE’s Fair City.
To date, Claudia has published sixteen bestselling novels, five of which have been optioned, three for movies and two for TV. She’s currently hassling producers for a walk-on role, and is hoping they might even let her keep the costumes for free.
Her new book, The Women of Primrose Square was published in August 2019 and was a number one bestseller.

Georgia Bealtine – Voice of Florence.
Georgia graduated from the Samuel Beckett Centre at Trinity College in 2016 and works as an actor and storyteller. She is a member of Tales from the Shadows, through which she performs shadow-puppetry and storytelling inspired by Irish literature and mythology. Georgia is currently co-devising a documentary play inspired by the therapeutic potential of theatre-making with vulnerable communities.

Mark DuBerry – Sound design
Mark DuBerry is a composer and guitarist. He trained as a classical and jazz guitarist and performed in Dublin for a number of years. He studied composition in London and also composition and orchestration with the Canadian film composer Alain Mayrand. He played guitar in THE FEZ, a Steely Dan tribute band. He has produced two CD’s of original music (guitar and electronics).
He composed music for theatre, Billy The Boat Loves Angelina, New Theatre, Ghost Stories, Mill Theatre, and The Hen Night Epiphany by Jimmy Murphy at the Focus/ Civic.
Recent composition: Mark has recently produced The Island Suite, three pieces for orchestra, guitars and electronics.
He also works as a psychotherapist and trainer and is an Associate Professor on the Doctorate in Counselling Psychology at Trinity College Dublin.

Face PPE Masks will be mandatory for audience members.

We have reduced our seating capacity from 68 to 28 to allow for physical distancing.
Groups of 2 or 3 patrons have priority to enable us to fill a maximum of of our seats. (Distanced-Seating-Chart)

We will adhere to current social distancing practice and current pandemic regulations:
– Mandatory mask wearing
– 2 meters distance between individuals (or groups)
– one way systems
– sanitizers throughout the building
– regular cleaning intervals
– all necessary precautions will be taken by cast and crew to adhere to guidelines and maintain a safe working environment “backstage” 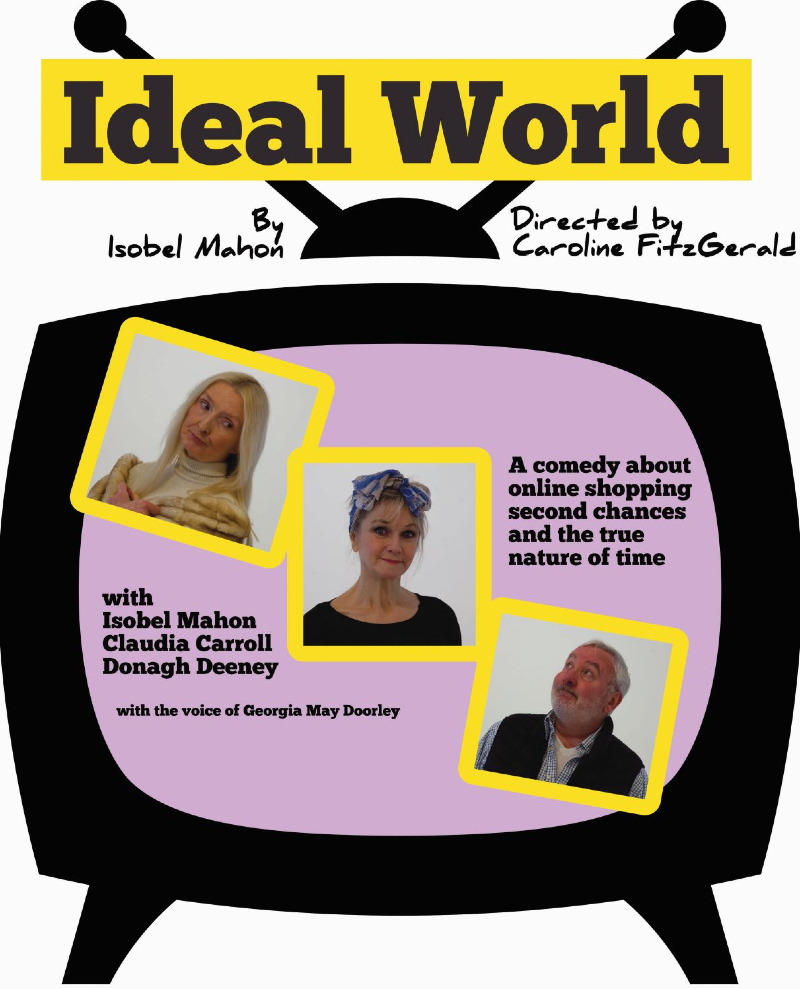