Glorious, is set in a farmhouse in the Wicklow hills on a summer evening in 1927. It is historical but its theme is relevant to every era, including our own. It is about the disillusion that follows when ones youthful ideals are disappointed by reality. And about the hope that persists even when you have to compromise with that bitter reality.

It features the revolutionary, Constance Markievicz. This is not the Markievicz of popular mythology. In the play she is aged, her health failing. But she is still committed to the cause she discovered years before. She has endured grief – the deaths of people she loved as fellow revolutionaries, and more lately of her beloved sister and soulmate. She has seen the birth of a nation, but one that falls far short of what she had fought for. The 1920’s in Ireland have been sad years for people like her. Now, late in the day, she sees new possibilities.

Tess is a young woman who has shared that experience. On the losing side in the Civil War and exiled in its aftermath, she is eking out a living on a chicken farm in Wicklow. Markievicz – the woman she has admired from afar and calls ‘Madame’ – pays her a visit, hoping to recruit her as a participant in the new political movement.
Tess would like to abandon the life of a chicken farmer and follow Madame to Dublin where they both had their glorious years. But her life is complicated. Her childhood friend, Larry, her only friend in the locality, is also an ex-revolutionary. Larry though is on the other side. He was wounded in the Civil War, leaving him with a limp. He is resentful, bitter. He despises Madame and what she represents and is suspicious of her motives.

Together and separately, these three, Constance, Tess and Larry work through their hostilities, frustrations and hopes.

Among Anne Haverty’s novels, One Day As A Tiger won the Rooney Prize and was short-listed for the Whitbread (Costa) and The Far Side Of A Kiss was long-listed for the Booker. Her poetry collection, The Beauty Of The Moon, was a Poetry Book Society Recommendation. A second collection, A Break In The Journey, was published in 2018.
Her biography of Constance Markievicz, originally titled An Independent Life, was re-issued as Irish Revolutionary in 2016 and is regarded as the classic in Markievicz historiography.
Glorious is her first play but the screenplay The Girl won European Script and Arts Council awards. Radio scripts The Real Charlotte and The Forester’s Daughter were commissioned and broadcast by the BBC. She co-directed the Channel 4/RTE commissioned documentary, The Whole World In His Hands.

Jed Murray is a writer, director, actor and drama facilitator from Dublin City centre. Over the past fifteen years he has worked with a variety of groups from diverse backgrounds to develop pieces of theatre and film. As a performer he has been very fortunate, working with some very talented people on some fantastic projects such as ‘The Boys of Foley St’ (Anu). ‘Game of Thrones’, ‘Quantico’, ’Love Hate’ and ‘Extra Ordinary’. He is a member of the theatre company The Corps Ensemble. When not working he can be found chopping logs or kayaking on the canal in Phibsboro!

Lesley Conroy is an IFTA award nominated actor for ‘Eden‘ with 25 years-experience in Irish theatre in The New Theatre – ‘Snake Eaters‘, Abbey ‘Cúirt an Mheán Oíche‘, Corcadorca ‘Disco Pigs‘, Loose Canon ‘Duchess of Malfi‘, Fíbín ‘Tóraíocht‘ and Decadent ‘The Mai‘ among others.
Work for screen includes, ‘The Cured‘, ‘Life’s a Breeze‘, ‘Mattie‘ and ‘Fair City‘.
Associate Artist with Axis Theatre and The Corps Ensemble.
Her monologue ‘Cleaner‘ was Script Ireland’s winner 2020, which is being adapted for screen under the Screen Ireland/Bow St. Actor as Creator initiative and also a Dublin Gay Theatre Festival Bursary winner. She is in development of a new work with Peter Reid for Bloomsday 2021 ‘Nora and Lucia‘.

Neill Fleming has been acting since he learned how to speak. Happily, he discovered the stage as a young fella, and has done his best to stay on it ever since. He is delighted to be back in the familiar surrounds of The New Theatre. Recent credits include MacBeth in ‘MacBeth’, Claudius in ‘Hamlet’ (Mill Productions), Billy in Eden, Kilby in ‘Made in China’ and Rory in ‘Close to the Sun’ (The Corps Ensemble), Mr Barrel in ‘All that Fall‘, Old Man in ‘Purgatory’, Quince/Egeus/Moth in ‘A Midsummer night’s Dream’ (Mouth on Fire)’ Vladimir in ‘Waiting for Godot’ (ABA Productions)
Film and TV credits include The Hit Producer, Vikings, Game of Thrones, Into the Badlands, Fair City, A Terrible Beauty, The Three Sisters and Portrait of a Zombie.

Bairbre Ní Chaoimh is an award-winning actor, director and writer. She has toured nationally and internationally with all the major Irish theatre companies, working in Ireland, England, Scotland, Germany, Kosovo, Macedonia, America, Canada, Japan and Australia.
Recent work includes a tour of Maura Laverty – This Was Your Life for The Curious Ensemble, socially-distanced performances of The Selfish Giant and The Happy Prince for The Wilde Garden Adventure, My Aunt Bee for Big Guerilla Productions, Dáil 100 for Speckintime, Dorian Gray for The Abbey and several plays
(Laundry, Thirteen and Basin) for ANU and the film An Crann/The Tree, for which she won an award at the First Run Festival, New York . 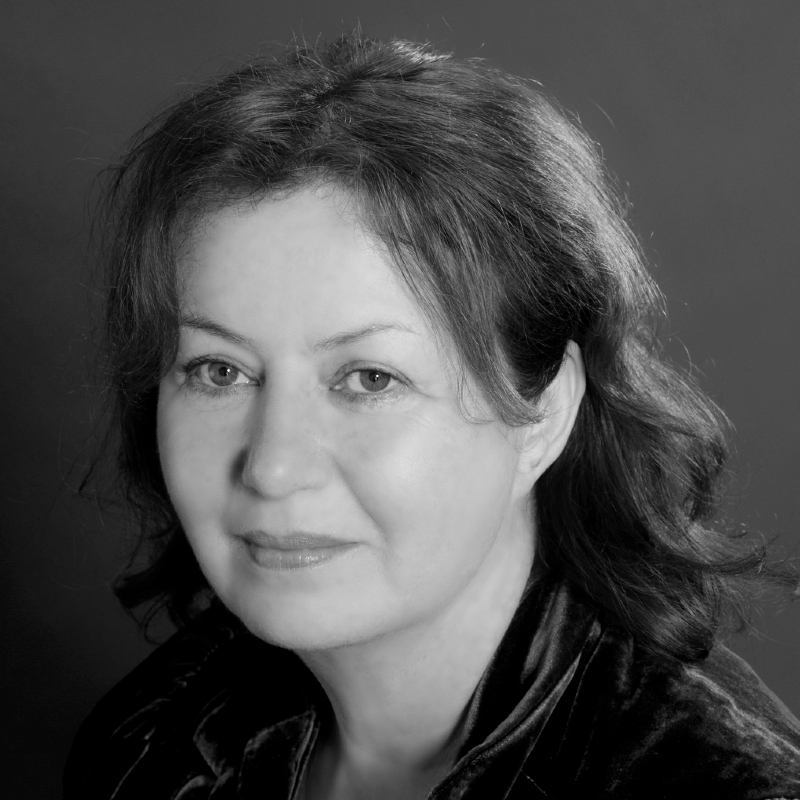