WALKING BACK TO JERUSALEM

Home  /  Film   /   WALKING BACK TO JERUSALEM
Back to events

You can also view on VIMEO or on FACEBOOK

From the award-winning writer of Scaramouche
Jones, The Madness of George Dubya and Walking
to Jerusalem
Passion Pit Theatre in association with
The New Theatre, Dublin, presents

WALKING BACK TO JERUSALEM

In 2020, two friends wander through lockdown
London reflecting on the Just Walk to Jerusalem,
a journey undertaken three years prior calling for
equal rights in the Holy Land.
Against a zeitgeist of pandemic, lockdown and
global unrest, this quirky satirical documentary
tracks their journey ‘back’ to Jerusalem – in the
heart of London. Exploring the mosaic of
cultural inheritance surrounding Britain’s colonial
obsession with Palestine – and demolishing the
odd statue along the way – they set out to stop
Israel’s annexation of the West Bank and build
Jerusalem ‘in England’s green and pleasant land.’

In 2017, more than one hundred people walked from
London to Jerusalem, calling for equal rights in the
Holy Land. In 2020, two friends set out to put
Palestine back on the map and stop the annexation …
Palestinian writer Ahmed Masoud, from Gaza, is the
acclaimed author of Go To Gaza, Drink The Sea, Escape
From Gaza, The Shroud Maker and Camouflage.
UK playwright Justin Butcher (Scaramouche Jones,
The Madness of George Dubya, The Devil’s Passion)
conceived and led the Just Walk to Jerusalem in 2017,
marking the centenary of the Balfour Declaration and the
fiftieth year of Israel’s military occupation of the
Palestinian Territories.
His acclaimed stage show, Walking to Jerusalem,
premiered at The New Theatre for the 2019 Dublin Theatre
Festival. Composer Jack Arnold’s scores for film and TV
include Wild Rose, starring Jessie Buckley, and
The Scouting Book for Boys, both directed by Tom Harper,
Niall MacCormick’s debut feature Albatross and the
acclaimed BBC/HBO adaptation of War and Peace.
Award-winning video designer Damian Hale has worked
with The Chemical Brothers, U2, Elton John, The Rolling
Stones, Monty Python, Dawn French and Little Britain.
Film-maker Mark Kensett’s work has taken him all over
Africa (including driving the Hull Freedom Trail to
Sierra Leone), and to Cambodia, Nicaragua and Palestine,
including A Place of Peace, about the Al-Ahli Hospital in
Gaza City, and Just Walk to Jerusalem, both for Amos
Trust.
Zino Masoud’s acting credits include the forthcoming
BBC/Amazon Prime TV drama, The Pursuit of Love,
written by and starring Emily Mortimer, with Lily James,
Andrew Scott and Dominic West. The Irish film premiere
of Walking Back To Jerusalem screening at 21:15 on
March 23rd – 30th 2021, is timed to coincide with
Palestine Land Day.
Supported by Amos Trust www.amostrust.org

No ticket required.
Link to screening will be posted at the time of the premiere, here and on facebook. 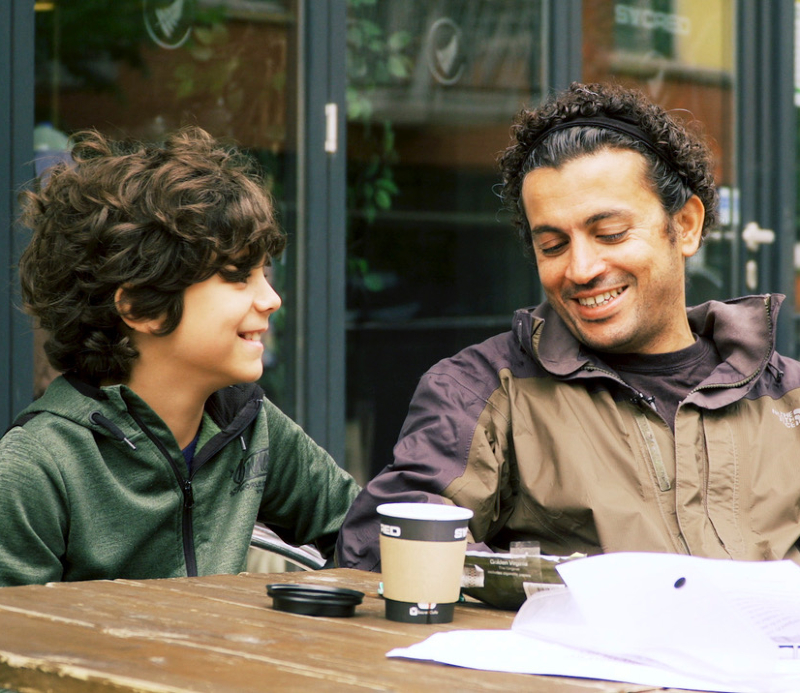 Passion Pit Theatre in association with The New Theatre