Dublin Brigade’s 1st Battalion at the Four Courts was the last Volunteer garrison to lay down its arms in the Easter Rising. Having faced incredible odds all week the little-known battle for North King Street did not end when Padraig Pearse issued an order to surrender.
It was, for those who lived through it, an experience they would never forget.

Through Easter Week 106 years later The New Theatre presents SIX DAYS, a highly evocative re-imagining of those incredible events. Staged by Chambermade Productions using spoken word and original music it is based largely on the personal accounts of those who took part.

SIX DAYS will be performed by writer/director Frank Shouldice, whose grandfather and namesake was a sniper at the Jameson Malthouse in Smithfield. Those life-changing experiences were recounted in his book ‘Grandpa The Sniper (Liffey Press) which historian Diarmuid Ferriter described as “rich, evocative and vivid . . an absorbing family history.”

Frank will be accompanied by cellist Frieda Freytag whose signature pieces are composed especially for this performance. Soundscape design by Sean Higgins. SIX DAYS was a sell-out show at the 2019 Five Lamps Arts Festival and also ran in Belfast at Féile an Phobail. Following various postponements due to the Covid pandemic Easter Week 2022 at the New Theatre brings this unforgettable story back to life once again.

It was, for those who lived through it, an experience they would never forget.

“Centenaries are for relatives — proper recognition obviously too late for the men and women who made it all happen. Did we ever really thank them? Did we thank them enough?” 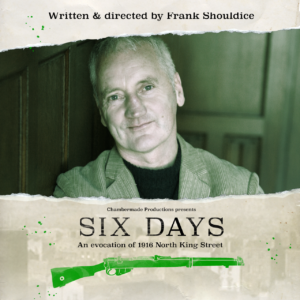 Frank Shouldice wrote Grandpa The Sniper, a memoir about his grandfather’s involvement in the Easter Rising and War of Independence. His debut film The Man Who Wanted To Fly won the Celtic Media Documentary Award and the IFI Documentary Film Audience Award last year. He has worked extensively as Producer/Director with RTE Investigates and his radio documentary The Case That Never Was won Prix Europa in 2016. He has also written/directed a number of stage plays, including The Mean Streets of Garradrimna, Marie Clare, A Few White Lies, Shift Work, Journeyman and others. 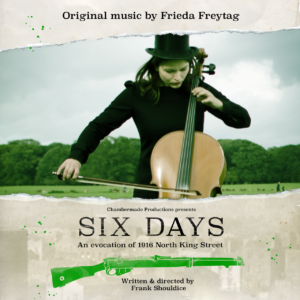 Frieda Freytag is a multi-instrumentalist, writer and artist who has performed, recorded and worked with bands and singer-songwriters such as Dave Couse, Fox Owl Crow, Carol Faherty, The Southern Fold, Kellie Marie Reynolds, Garret Baker, Briana Corrigan and many others. She is also a passionate cello and piano teacher and has founded the Quaverberry Collective with some of her students, writing, performing and publishing their own original music. 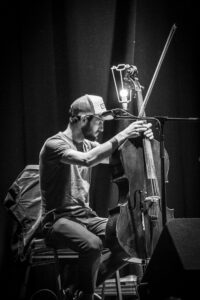 Rob Campbell is a performer and composer originally from Balbriggan. He has worked with a diverse range of artists, performing and recording on cello, electric and double bass, guitar and vocals. A member of contemporary folk act Pine the Pilcrow since 2016, he wrote the group’s 2021 release Black Hills. He is also a regular performer with Lõwli and featured on her last two releases Cavalry (2020) and Worlds Above Us (2019). Rob teaches in a number of Dublin schools and continues to explore and develop as an artist. 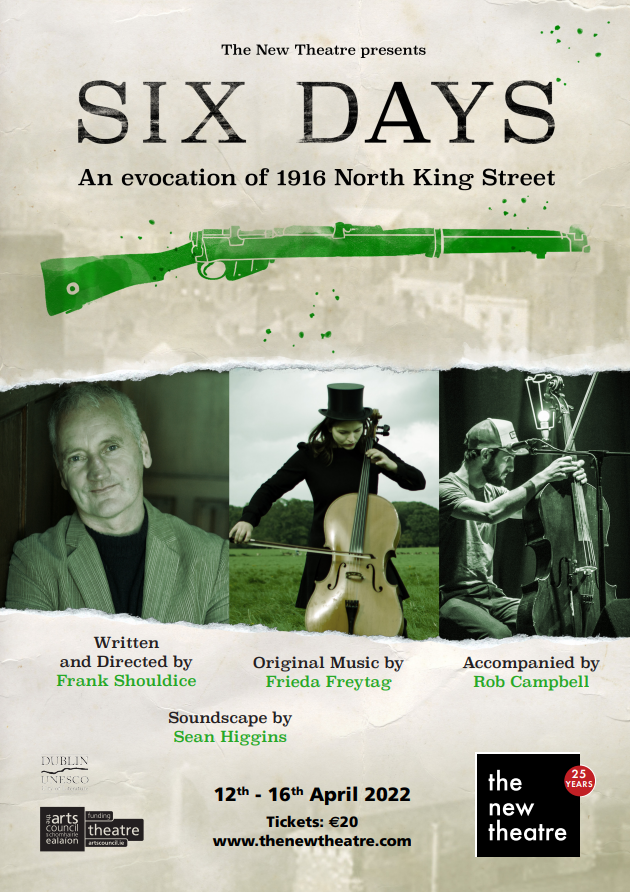