Launch of the Left EU Report on Disinformation

Rhetoric and Reality of Disinformation in the European Union

A Study for The Left in the European Parliament

The “foreign interference” narrative is the new frontier of pro-war disinformation from the EU establishment. Pervasive since 2016, the narrative scapegoats Russia and China for the crisis of legitimacy of the EU institutions, imagining so-called “hybrid threats” everywhere, and silencing political opposition with accusations of “collusion” with foreign power.

This study documents the web of mercenary Atlanticist think tanks and other sources of motivated “expertise” which are used by European establishment political parties  to construct a false narrative that Europe is constantly under attack, to justify authoritarian security policy and dangerous geopolitical escalation. 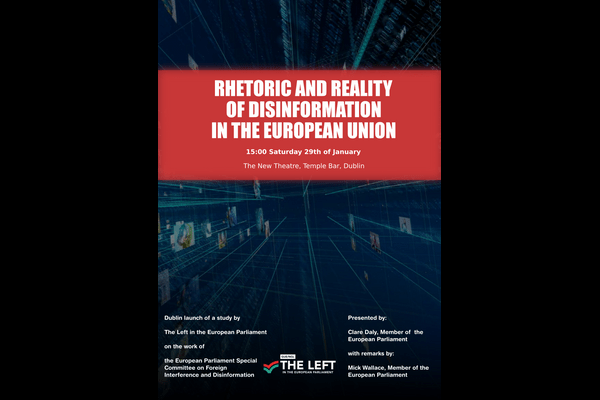