THE SAFETY CATCH BY NICK SNOW

Home  /  Theatre   /   THE SAFETY CATCH BY NICK SNOW
Back to events

No Risk, No Reward

What would you put on the line to become the very greatest at what you do? What if that was one of the most dangerous sports on the planet, a sport that close members of your own family had paid the ultimate price for while pursuing the very same goal?

Motorcycle road racing is one of the most dangerous sports in the world. It’s also the family business of the Dunlop Clan, Ireland’s most famous sporting family. Claiming over 250 competitors over the years, the Isle of Man TT is both the crucible of motorcycle racing, as well as one of its’ most terrifying circuits.

We join Michael Dunlop on the eve of the TT after his elder brother, William, had become the latest member of his family to be taken while following his passion on the roads. In a moving and riveting dialogue with his mentor, Liam Beckett, his late father’s best friend and mechanic, Michael now must decide whether to go on racing or whether to save himself and his family more exposure to the risk of the racing on the roads.

“This is a play about life and death. The story is a verbal battle between two characters as they try to understand why they do what they do, why they couldn‘t not do what they do. With so much at stake it is a fierce encounter, full of emotion, passion and dark humour. But it is more than that, it is an ode to adventure, to ambition and ultimately a true affirmation of life.” Joe O’Byrne, Director.

First performed at The Glens Centre, Manorhamilton in May.

“People think we are mad.  I couldn’t explain why we go on racing, this put it into words. It was very emotional, that caught me off-guard.” Mick, classic motorcycle road racer.

“Road racing is a family business for us too. People don’t get it. Now they might.” Oonagh partner of Super Twin racer.

“The Dunlop family story is a big part of Irish sporting history, I’m so glad it is being told.” Margaret, Joey Dunlop super fan.

Andrew trained at the Royal Welsh College of Music & Drama.

Stage credits include: The Safety Catch (Co-Motion Media), A Walk Is Not Just A Walk (Lyric Theatre Belfast) and A Doll’s House (Richard Burton Company).

Joe O’Byrne writes and directs for theatre, film, and radio.
He directed the original productions of Pat McCabe’s “Frank Pig Says Hello”and “The Dead School”, and directed Roddy Doyle’s “The Woman Who Walked Into Doors”. He wrote “En Suite” (Abbey Theatre, Dublin) and “The Article” (Altes Schauspielhaus, Stuttgart).
He is a writer of feature film “Korea” and writer/director of “Pete’s Meteor” (Berlinale, Kinderfilmfest), and was a contributing writer on the tv series/feature “An Bronntanas/The Gift”.
For RTE radio drama he wrote “Yardstick” and “What Next For Hedy Lamarr”.

Nick Snow is a journalist, businessman, writer and biker. He co-wrote and co-produced the film Prisoners of the Moon, premiered at the Dublin International Film Festival 2019, and is the author of the novel The Rocket’s Trail, (Arena Books 2009).

The Safety Catch was originally developed at The Glens, Manorhamilton 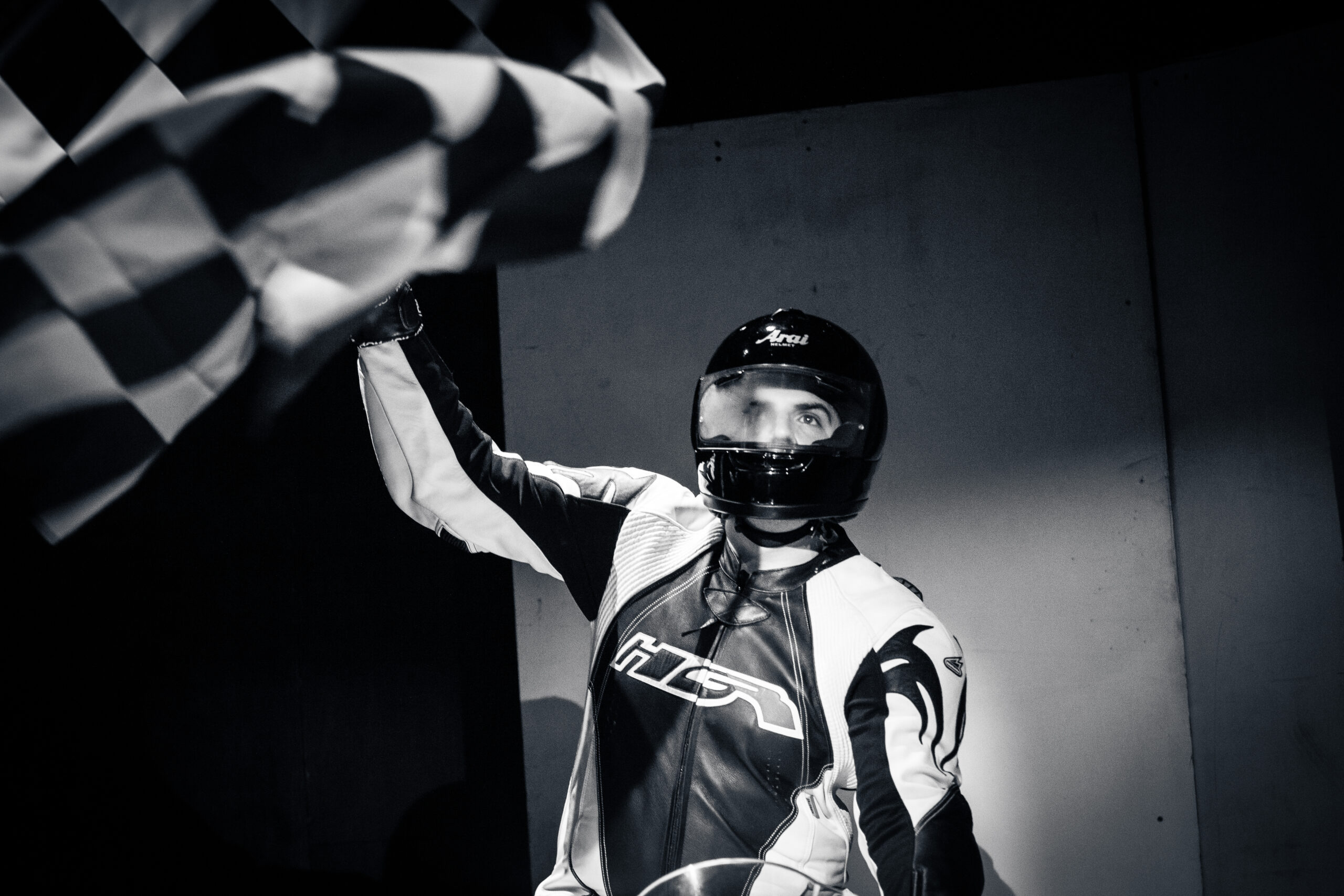 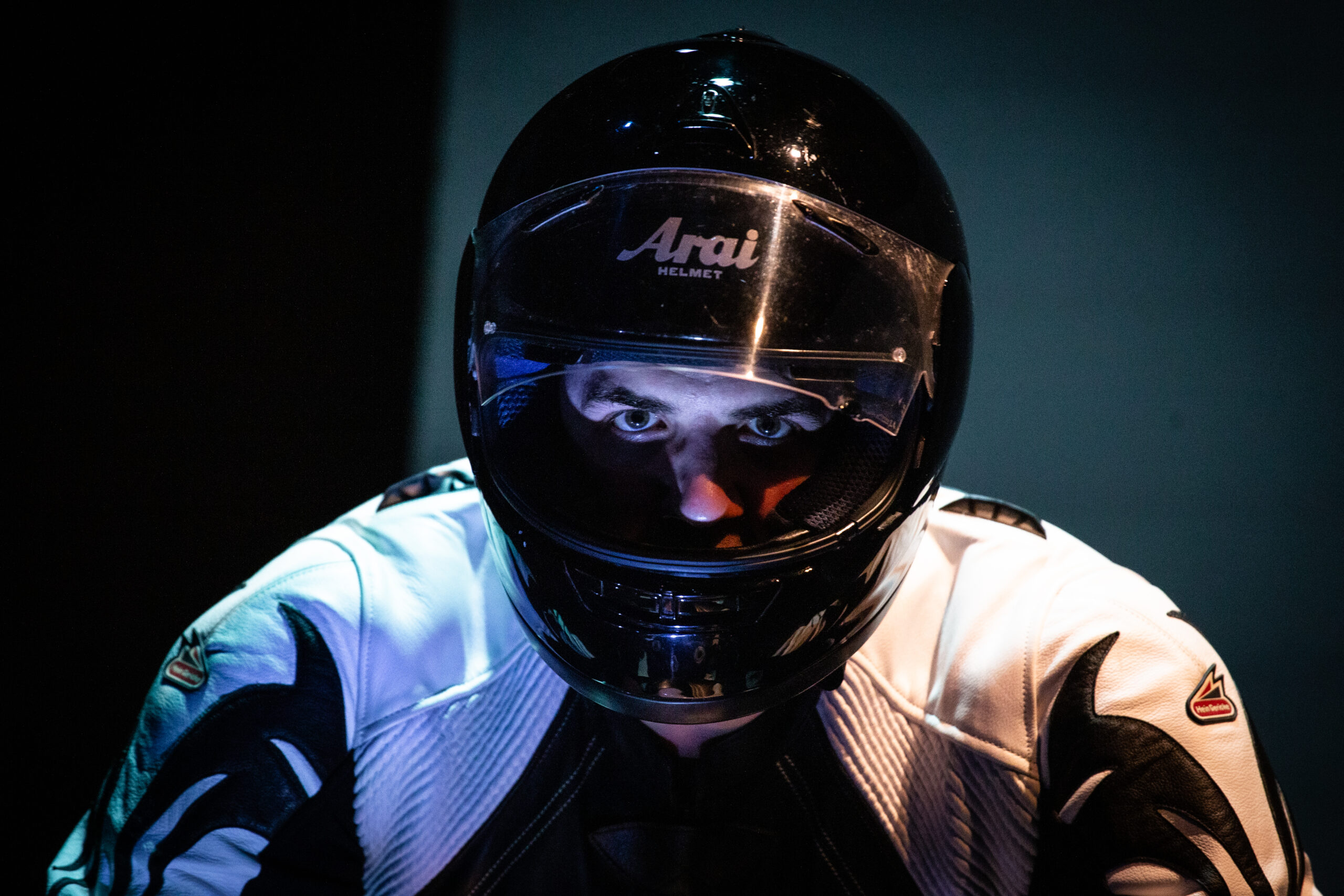 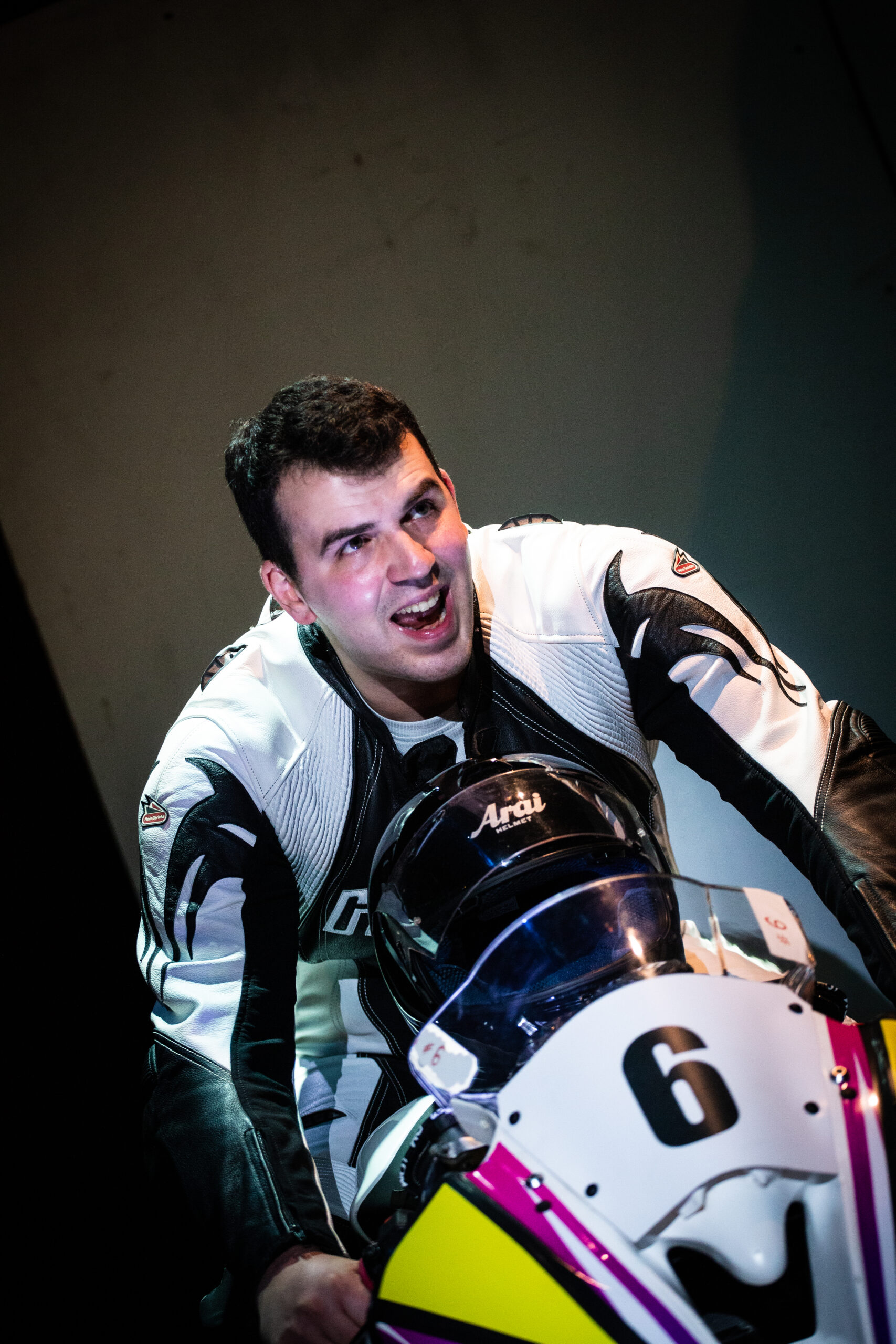 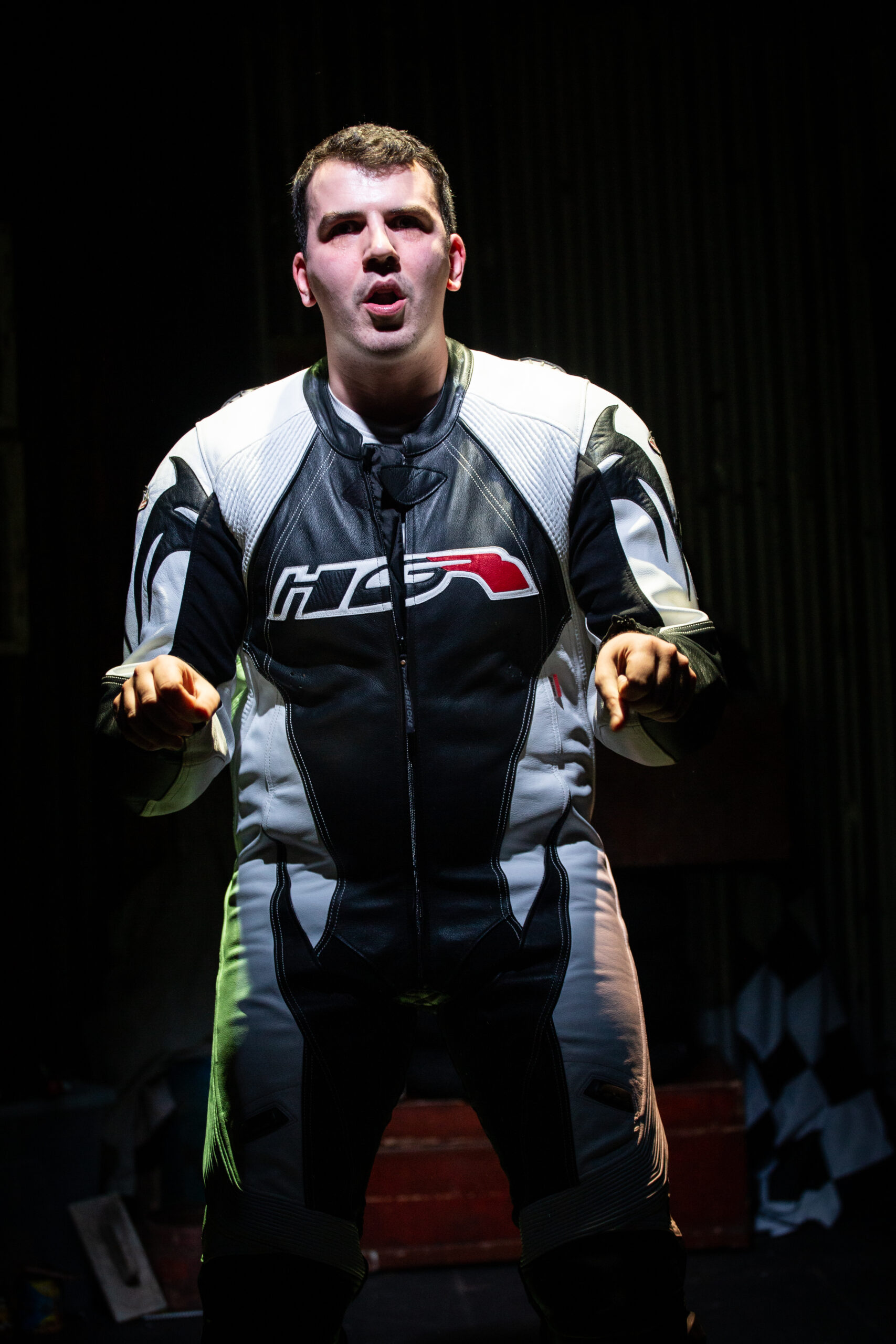 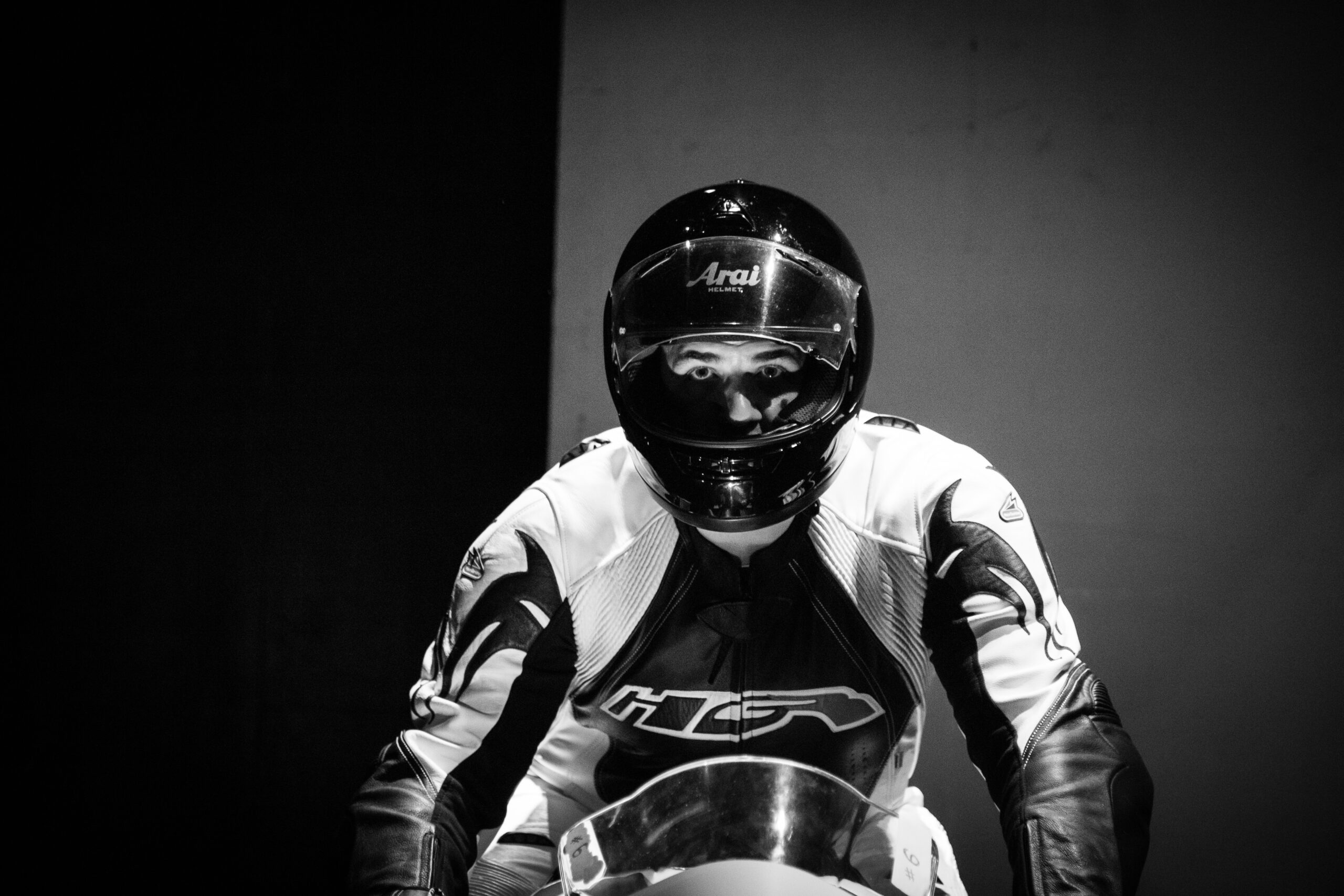 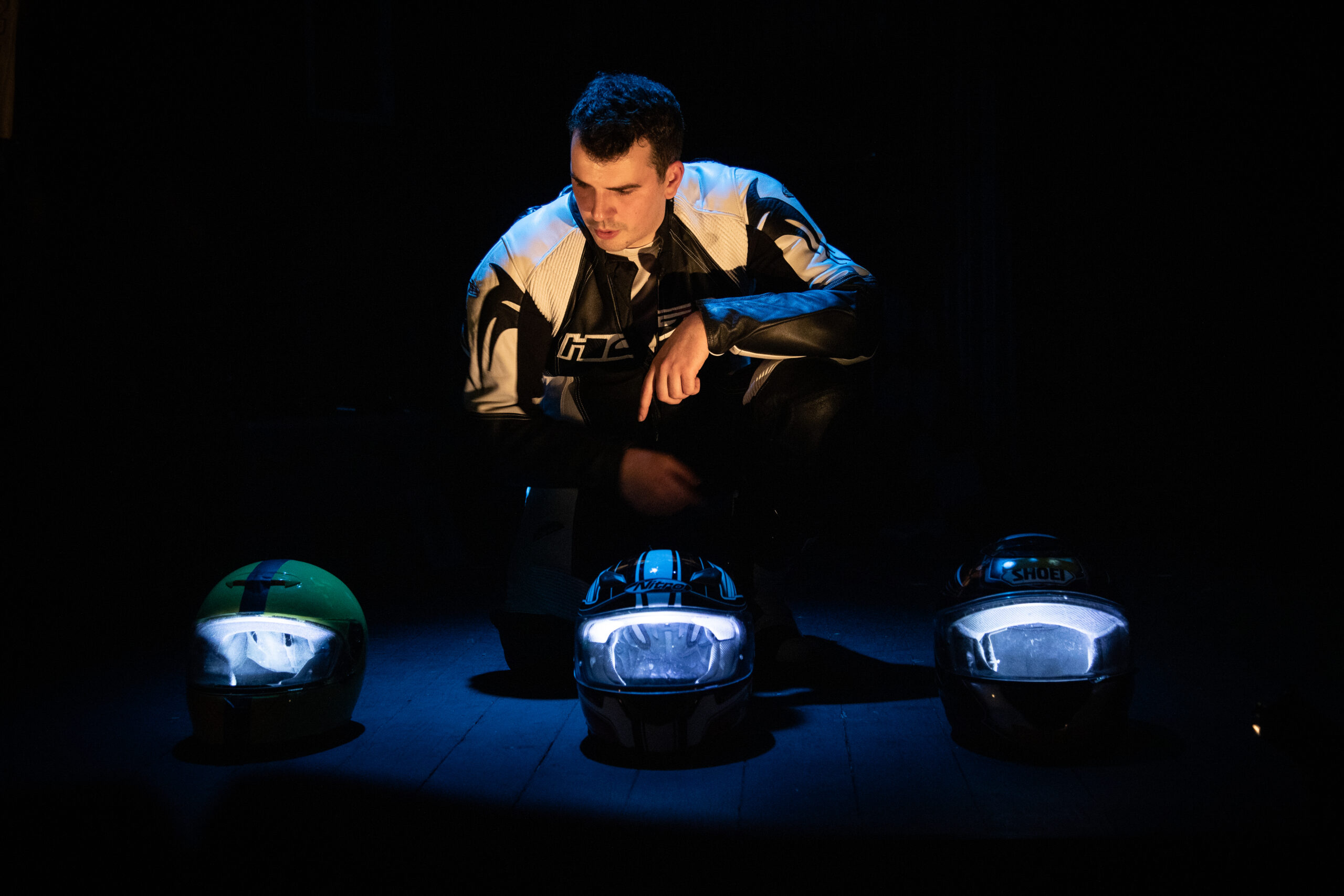 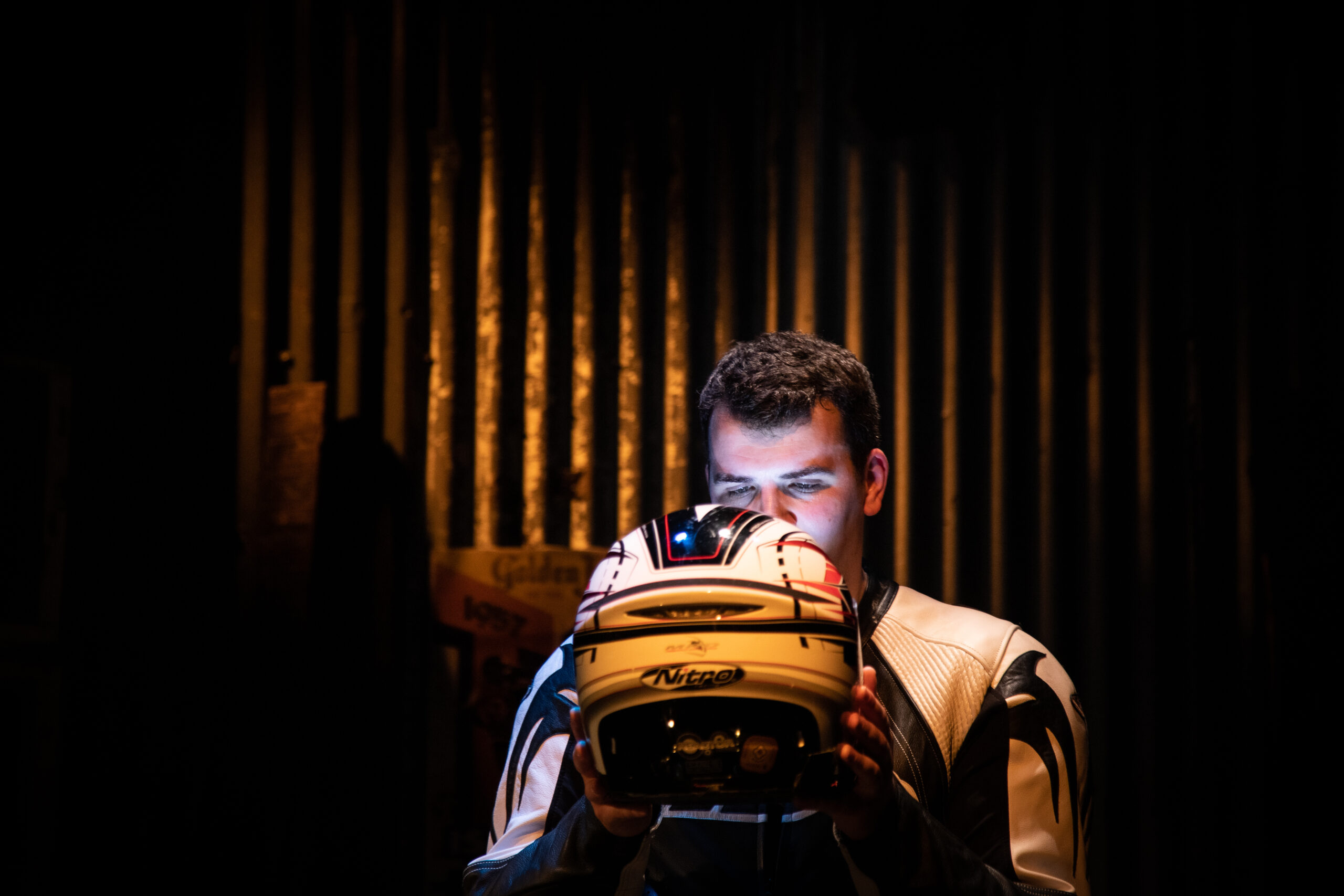 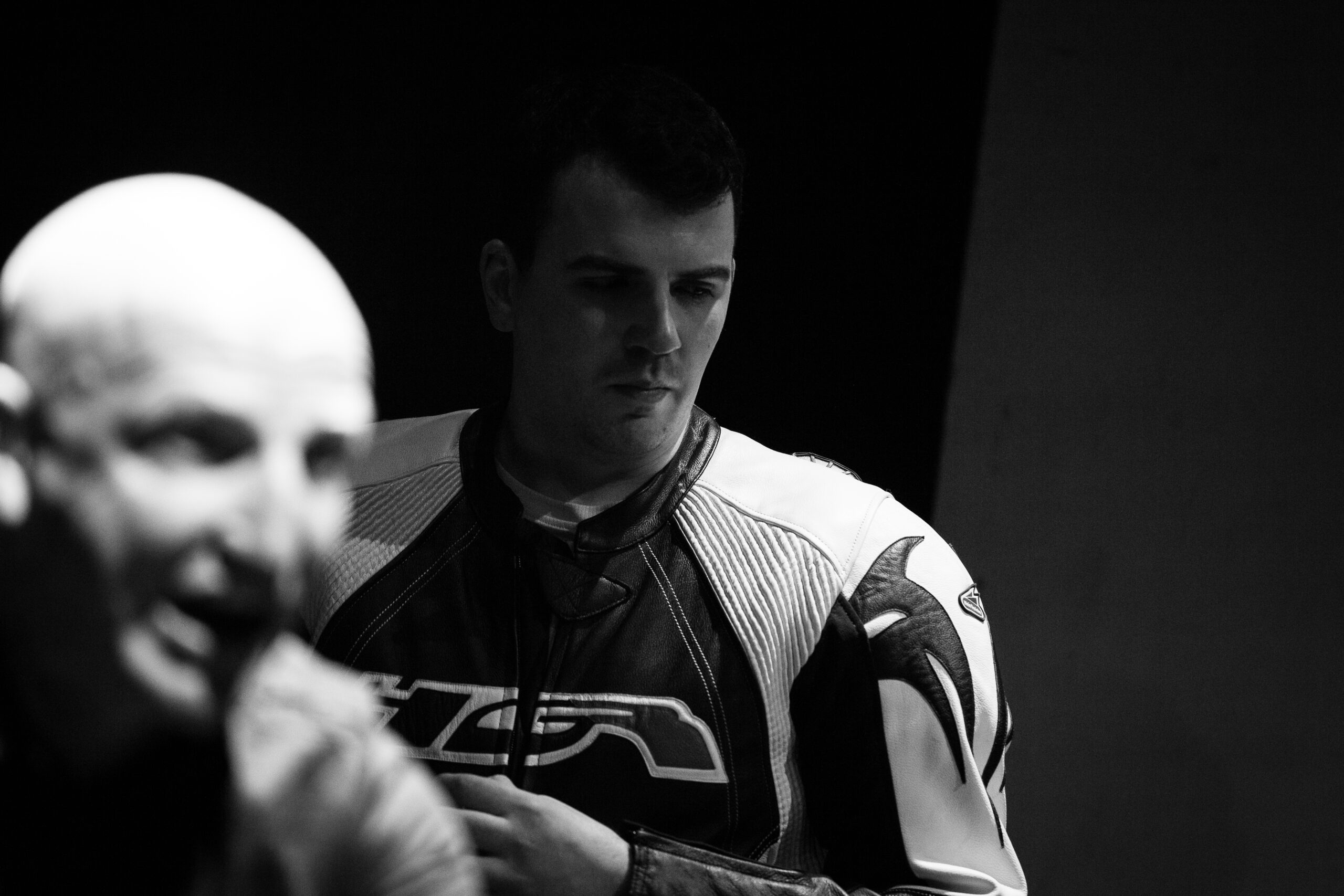 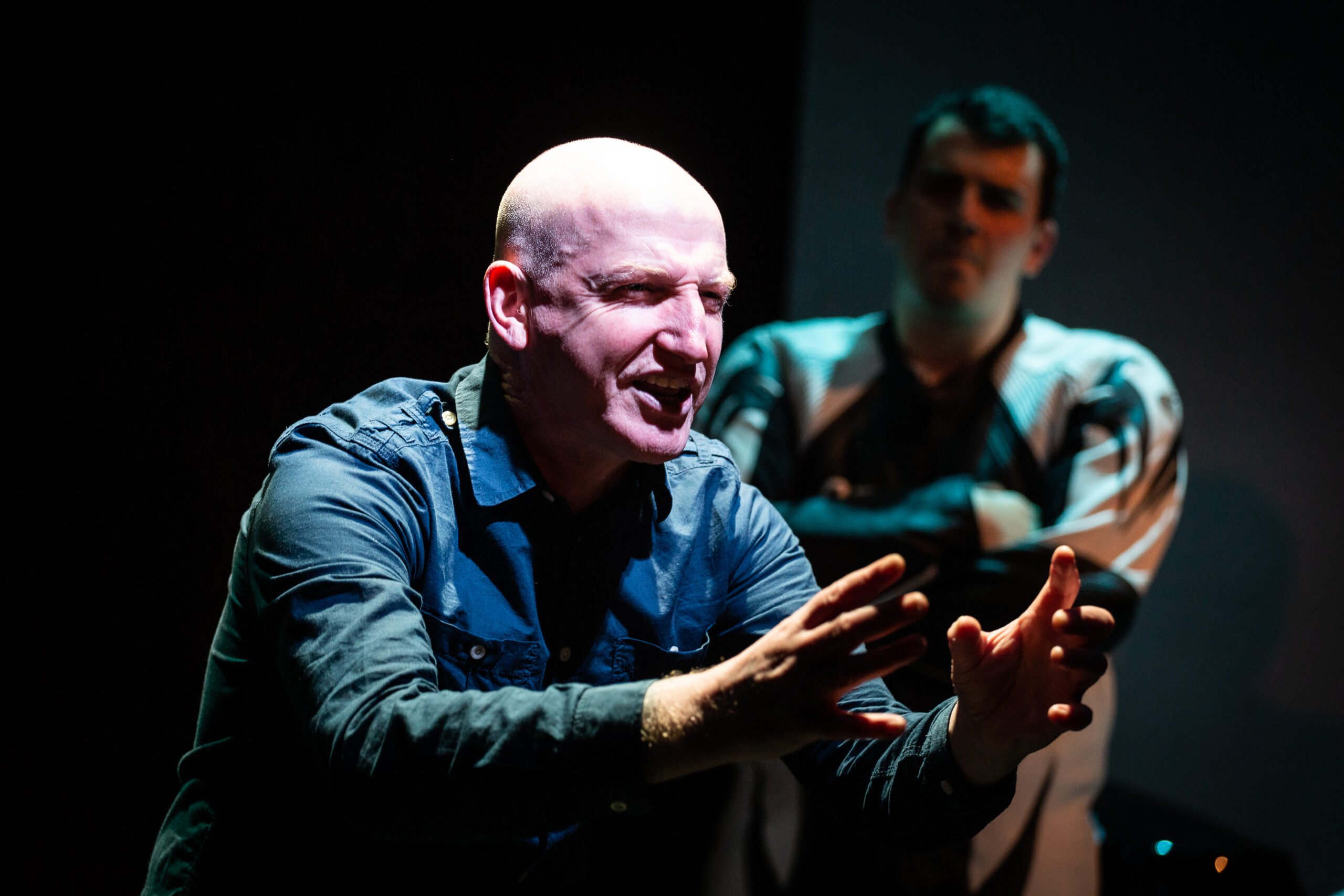 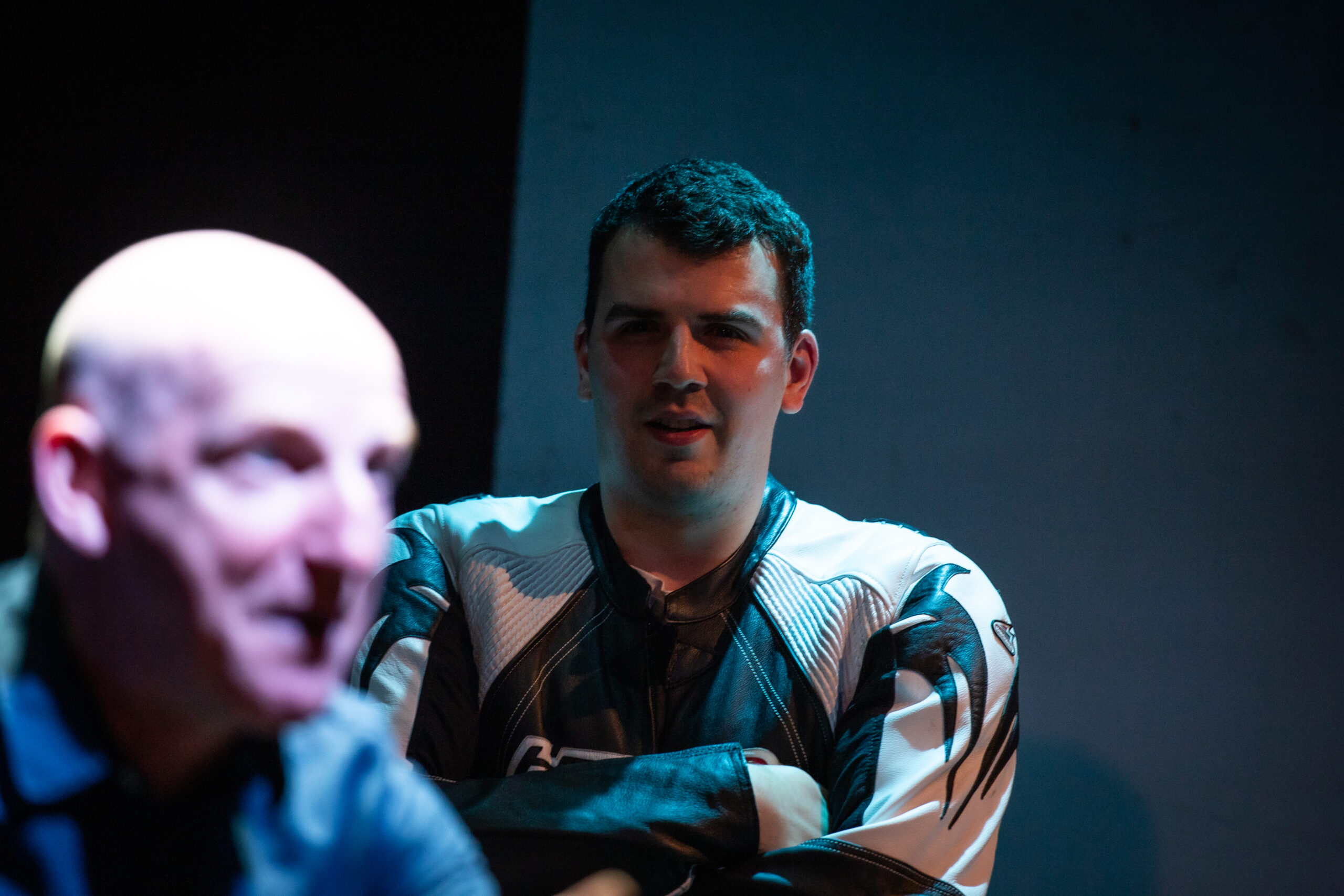 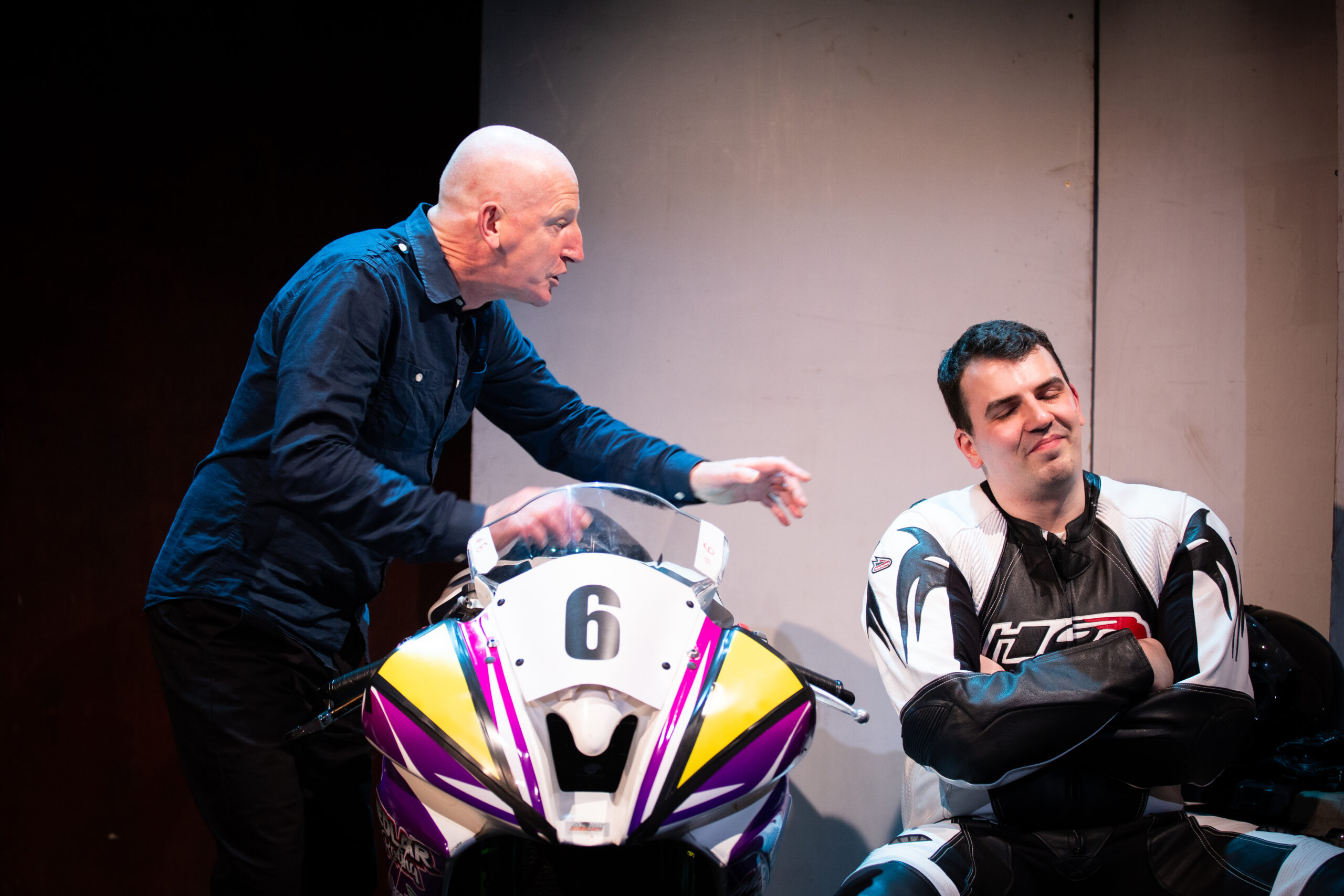 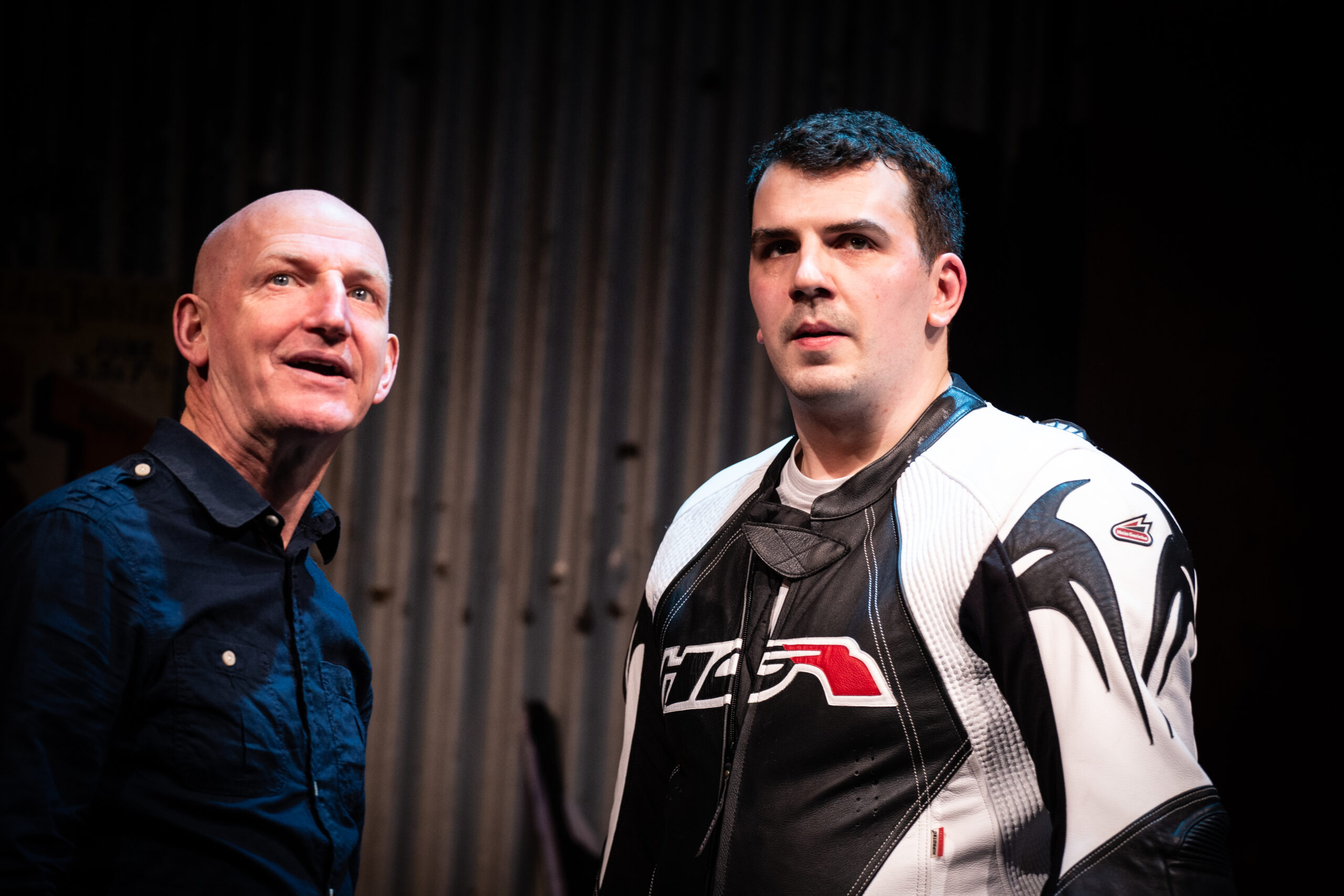 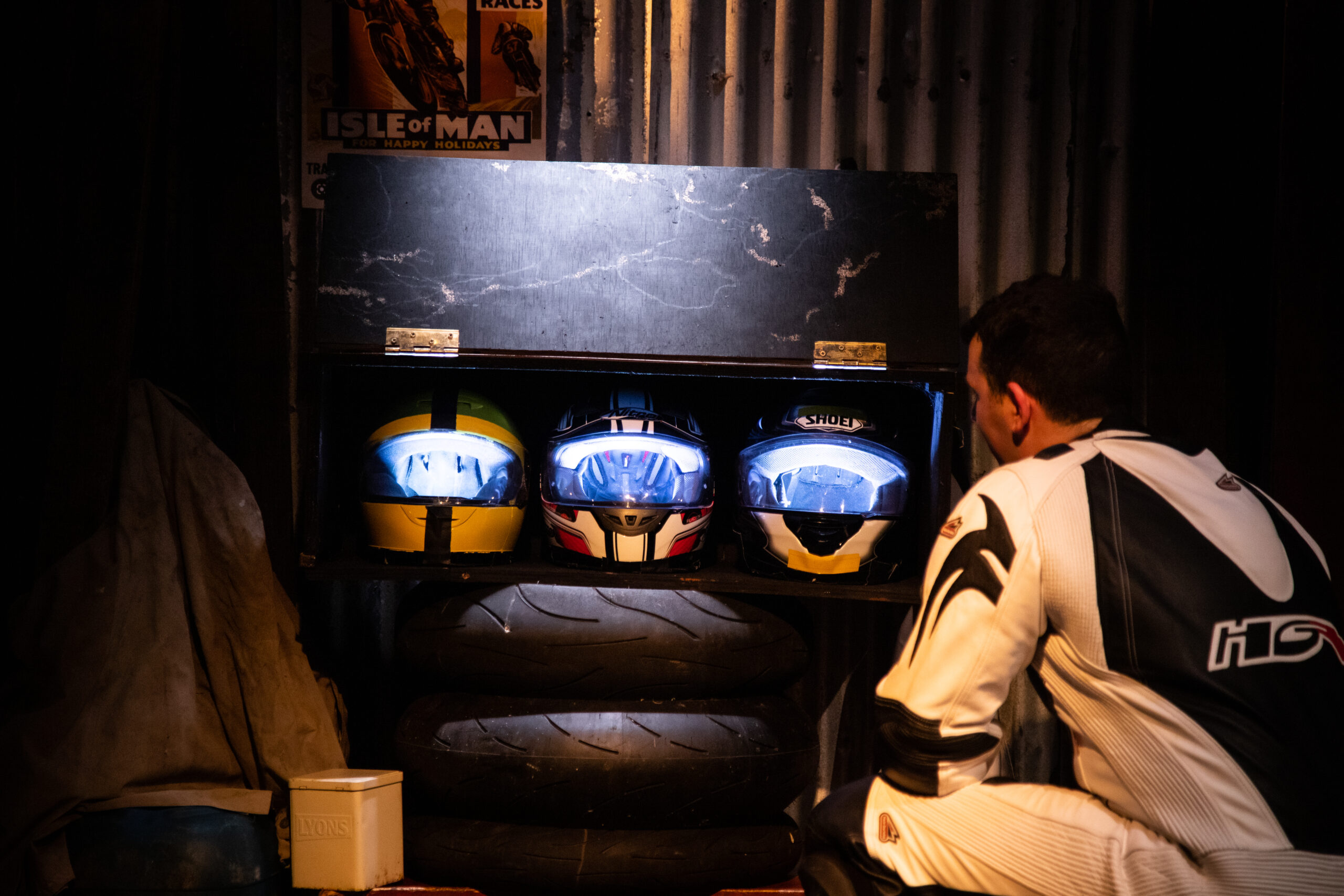 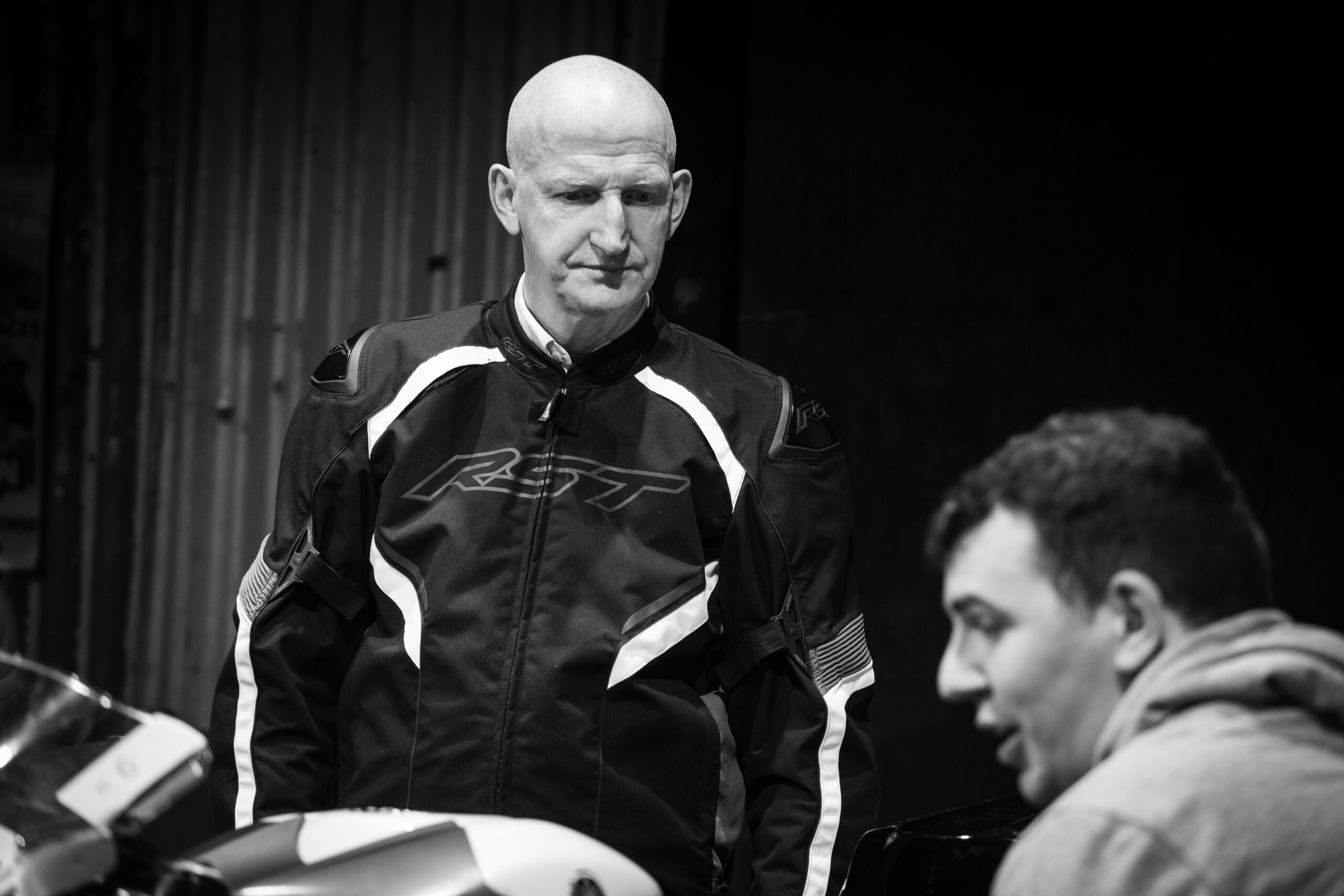 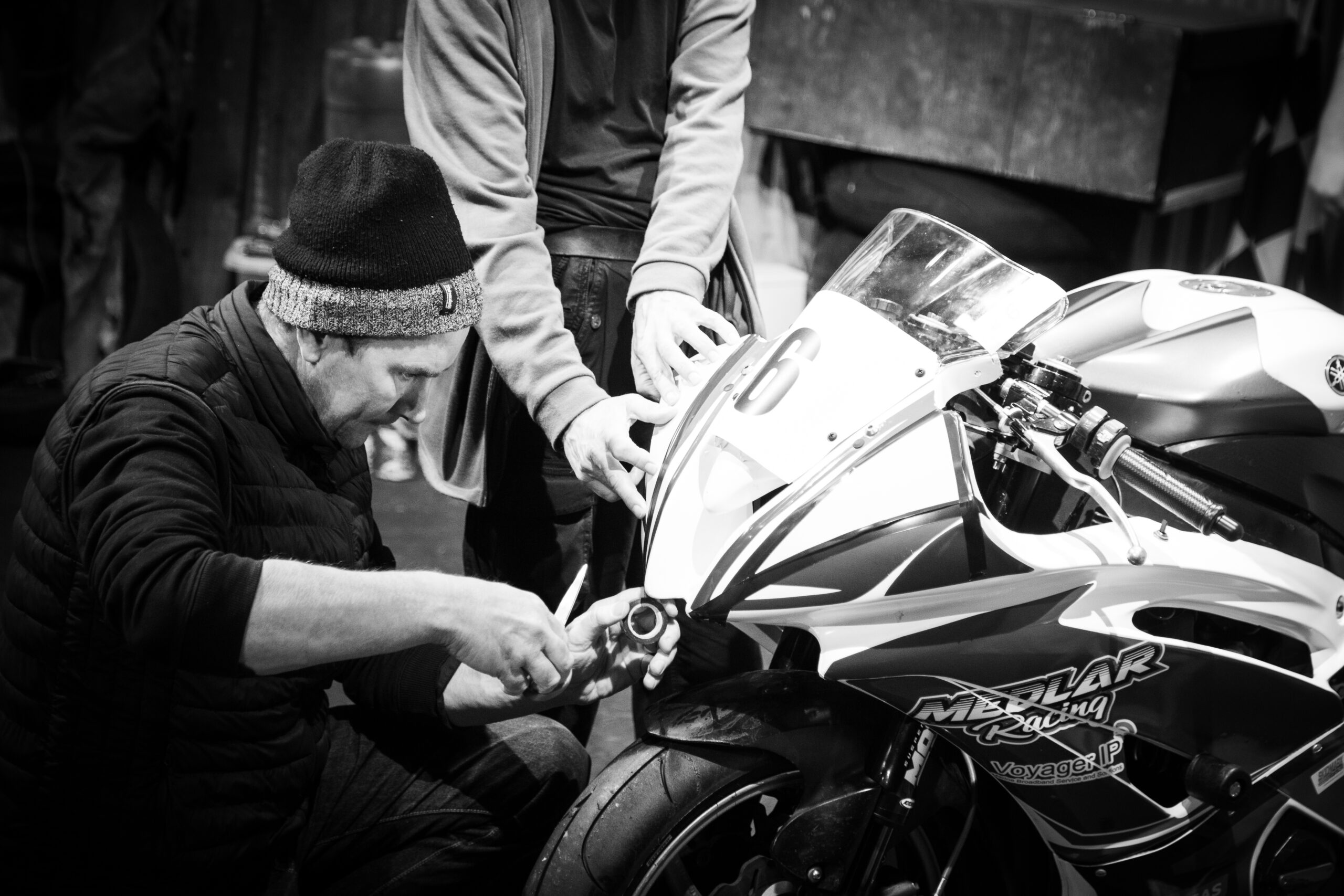 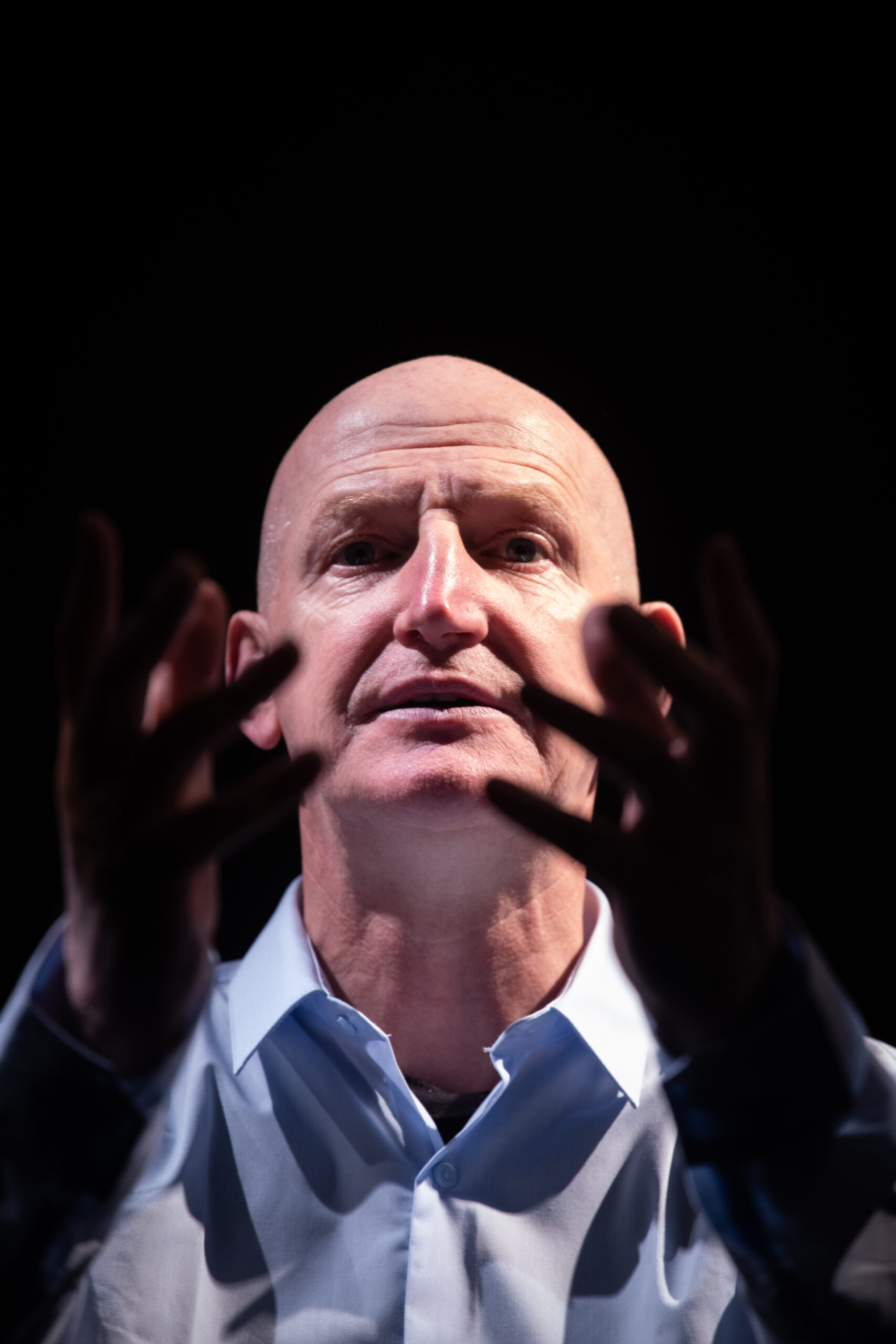 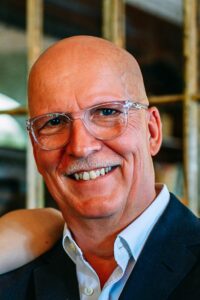 Nick Snow is a journalist, businessman, writer and biker. He co-wrote and co-produced the film Prisoners of the Moon, premiered at the Dublin International Film Festival 2019, and is the author of the novel The Rocket’s Trail, (Arena Books 2009). 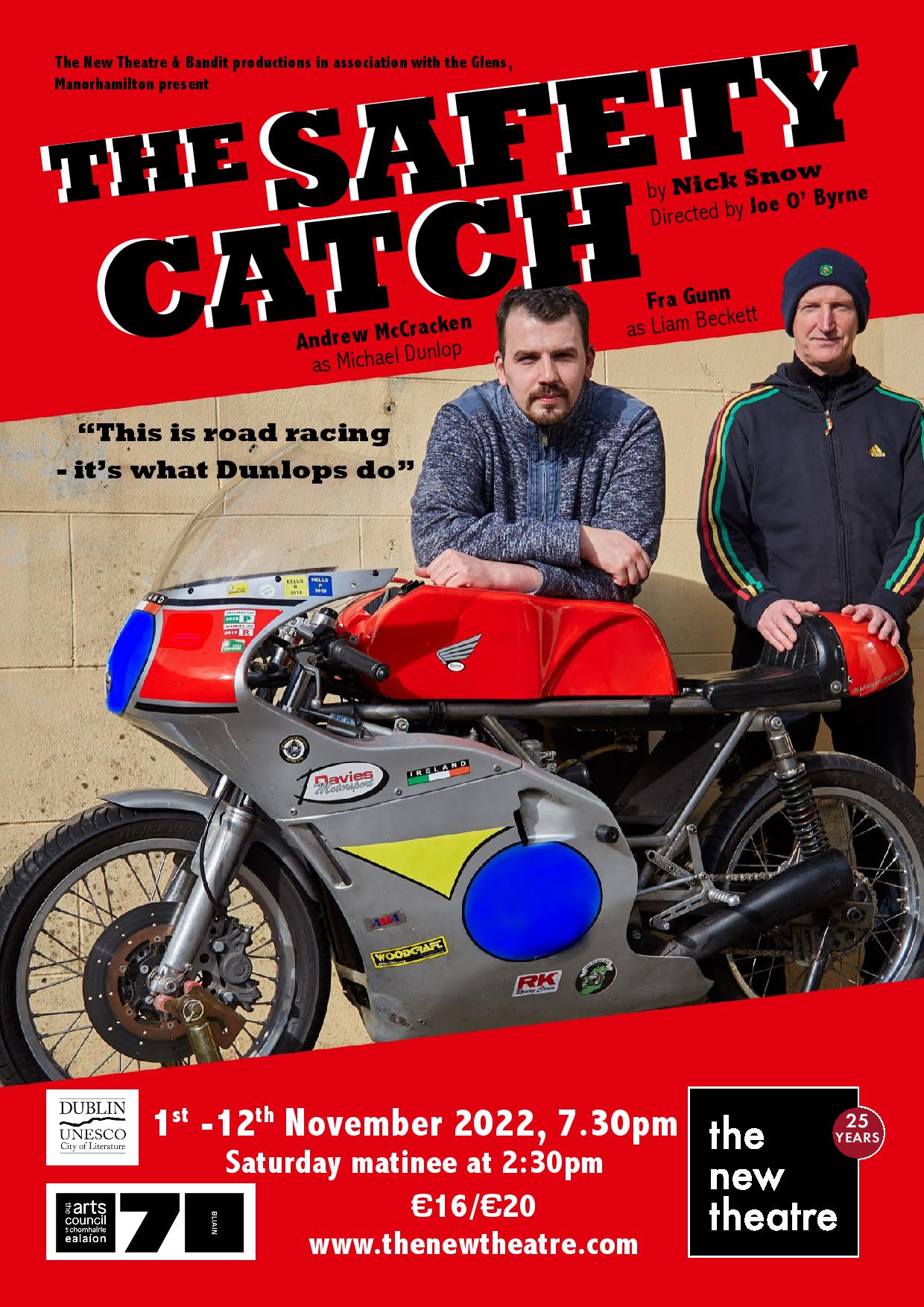