Home  /  News   /   More great reviews for Overtime
Back to news

Since returning for a second run due to popular demand, Jane McCarthy’s Overtime has been earning critical acclaim once more. 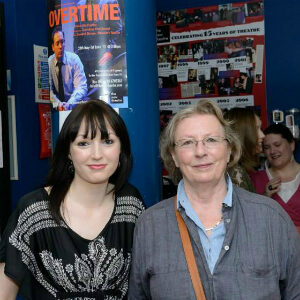 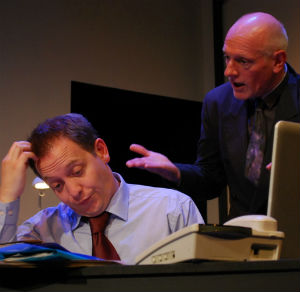 See for yourself what all the fuss is about: The show runs until Saturday, June 1 only.
‘An engaging and taut piece of writing that keeps you entertained and curious. McCarthy is obviously a talented writer and she’s served very well here by Stewart Roche and Gerard Byrne as they duel over promotion and treachery’
– Michael Moffatt, Mail on Sunday
‘Overtime is a brilliantly constructed, tense and intriguing play. It’s sucks you in very early on and although it runs at just around the 60 minute mark, the fantastic pacing will keep you hooked. The main question we’re left with is – what’s next for Jane McCarthy?’
– Brendan O’Rourke, entertainment.ie
‘The play has much to recommend it, including some sharp dialogue and rapid scene changes that maintain an air of creeping dread…Like any two hander Overtime needs exceptionally sharp performances to make it work-Gerard Byrne and Stewart Roche both deliver in spades.’
– Andrew Lynch, Sunday Business Post
‘ ****….Overtime always stays one step ahead of its audience and proves to be an entertaining and humbling piece of Theatre’
– The Public Reviews