The Revolution Will Not Be Televised (2003)

Another chance to see this riveting and moving documentary about the right-wing coup in Venezuela in 2002 and its defeat by the people, made by two young Irish film-makers who were in Venezuela at the time. They were able to record the events as they happened, including the crucial moments inside the presidential palace.
Not to be missed! 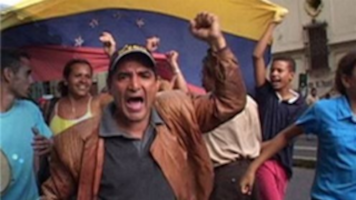