Home  /  Play Reading   /   Fast Falls The Eventide
Back to events

Fast Falls the Eventide follows four boys – Macker, Quinner, Rob and Dan – as they meet in Dublin airport to embark on a J1 to San Diego. Although nominally ‘best friends’, the lads have not seen each other in over a year, since the funeral of Quinner’s sister. Now that they have all finished school in their beloved ‘Castlefield College’, the old gang attempt to roll back the clock and rekindle their once-inviolate friendship.

Tension, however, seldom lurks far from the surface, with the spectre of Sinéad; Quinner’s beautiful, intelligent, dead sister, always lingering.
At times irreverently funny, at times deeply moving, ‘Fast Falls the Eventide’ is a coming-of-age play which explores themes of friendship, love and identity. It is about that period in life when the world beyond the school corridors seems distant and removed, and how we deal with its end.

About the author
A native of north Dublin, Eoin studied history at Trinity College, before going on to do a Masters in UCD, where he is currently reading American Studies. His love of theatre began at childhood, when he was regularly taken to the Abbey and Gate by his parents and grandparents.
As part of his Masters course, Eoin was fortunate enough to have studied American Theatre under Prof. Frank McGuinness, where he was introduced to the canonical realist works of O’Neill, Miller and Albee. His first play, ‘Fast Falls the Eventide’ attempts to combine the precepts of traditional realist theatre, with Eoin’s background and experience in stand-up comedy.
When not writing plays (which is, obviously, most of the time) Eoin enjoys watching snooker. 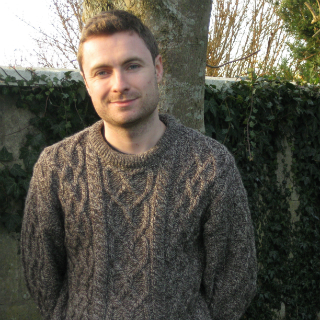