Reaching for the Moon

The film is adapted from Carme Oliveira’s accomplished biographical novel Rare and Commonplace Flowers, about the pulitzer-winning american poet Elizabeth Bishop and her partner of sixteen years, the Brazilian powerhouse architect and planner Lota de Macedo Soares. Bruno Barreto, a Brazilian director with a Hollywood sensibility, was contacted by the producers and handed the book, but he did not find it interesting enough, until he realised he could organise the material around a triangular relationship barely hinted at in the original text. Mary Morse, Lota’s ex-partner, gets about ten lines in the book, but Barreto created whole scenes for her, and gave her a pivotal role in plot developments.

Lota was part of the intellectual, artistic, and economic elite in Brazil of the mid-20th century, a gregarious and confident woman, and she offered the introverted, insecure, and alcoholic poet a safeconduct into another kind of life. Lota also built a stunning studio for Bishop, next to her own experimental modernist house on the edge of the jungle, and ‘Dona Elisabetchy’ wrote some of her best work there. Lota’s all-consuming creative energy and Bishop’s regular shipwreck-in-a-bottle setbacks, meant that the couple was constantly under pressure. But the destructive relationship that finally shook up the two women, was Lota’s doomed affair with Flamingo Park, a pharaonic project to create the best park in history, in Rio de Janeiro.

Lota conceived and directed the plans to turn a rubble dump into a park with a ‘City of Children’, a ring for model airplanes, a dance-floor, a puppet theatre, art and education pavilions, sports fields, and a beach. She fought bureaucrats and politicians like a lioness to upheld her utopian vision, as the book minutely records (without ever getting dull). Instead of this background, the film presents Bishop as Lota’s doomed once-in-a-lifetime project, and spices the story up with a few ‘hot’ scenes (absent from the book), cliched shots, and a bland sell-able title. And yet, the plot works, the actors shine, the cinematography breathes, and enough goodness remains to leave you in awe of these two women and their achievements. 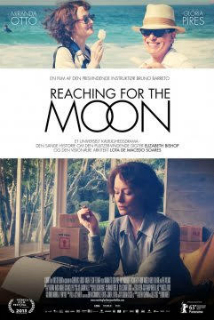