The entire film is an extended day-dream, in which a young man’s erotic fantasies cluster like a bunch of juicy glistening grapes. He is a hustler who dreams of harems, of plenty, of power, impossibly beautiful men, and luxuriousness, in a technicolour world. A bona fide underground film, Pink Narcissus was shot in the 1960s with no money and a cheap camera, mostly in the flat of its director James Bidgood. But Bidgood was a photographer, and he had worked as a drag queen, so he could find the perfect frame, and he knew all there is to know about the alchemy of costume and makeup. Bidgood got random young men to act in the film, none of whom were actors. But many were sex workers, professionals in becoming, and they turned themselves into gods. Bringing together MGM musicals and his own New York, Bidgood gave birth to a brave new queer world in film. 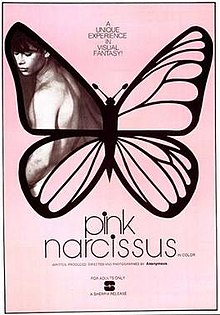