Dolly was a singer, now she doesn’t go out. Hasn’t for
months. Living with her boyfriend Duo.A D.J. of little talent
with a taste for Class ‘A’ drugs, is getting dark.  The light has
gone out of their relationship, but a worldwide, pandemic,
forces them to stay together. Duo risks leaving, as his
addiction overwhelms him and the need to score is bigger
than his need to survive. Dolly’s world is gradually reduced to
counting umbrellas through a window at the top of her stairs..
An Un-Made Bed is a response to the global pandemic and
what it might look like when two people break up during a
time when leaving may cost you your life.

“Who leaves their girlfriend in the middle of a pandemic?”

ABOUT THE AUTHOR
Elizabeth Moynihan began writing the day of 9/11. She trained in all areas of theatre making under Deirdre O’Connell at Focus theatre.

This performance will be streamed online only.
visit The New Theatre facebook page to view 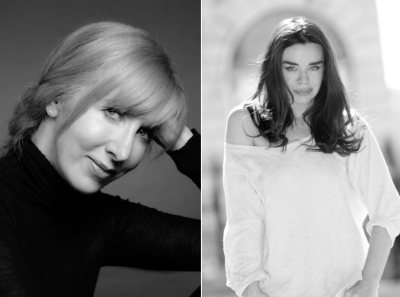