Tybalt, having cheated death, wakes up raging for revenge
while trying to come to terms with a changing world.
His mind is in turmoil with his body still reeling from the
effects of a near-fatal beating from Romeo.
A message from an old foe unsettles him as he wrestles with
notions of shame, betrayal, purpose and regret.
He must now choose between two very different paths.
King of Cats is a re-imagining of Tybalt’s fate in
Shakespeare’s Romeo and Juliet.

ABOUT THE AUTHOR
Oisín is an actor and writer from Offaly and has a Masters in Drama and Theatre.
His play Long Way Down was part of The New Theatre’s New Writing Week and was performed in Smock Alley Theatre in this year’s Scene and Heard Festival. He co-wrote HOME with Fregoli Theatre, adapted The Little Prince for The Galway Theatre Festival and previously won the ISDA award for Best New Writing.
Oisín also writes for his company, Beluga Theatre, which focuses on young audiences. Recent pieces include FOREST FUN (Visioni Festival, Italy), Marty Moncrieff, The Teddy Bear Thief (Galway Theatre Festival) and Project Skawman (Struer Museum, Denmark).
He is a recipient of the Arts Council YPCE Bursary Award and Pavilion Theatre Studio Space Award.

ABOUT THE ACTOR
Aron Hegarty is a Cork actor, voice-over artist, musician, storyteller and poet based in Dublin. Aron runs his own company Candlelit Tales, and frequently performs live storytelling nights with music across Ireland.
Last year saw Aron work with The Abbey on Edna O’Brien’s The Country Girls, and this year he was to take the male lead role of Jack in the Gaeity’s Circle of Friends that was due to be on stage on this April.
Previous theatre credits include: The Shaughraun; The Boys; Fighting Words; Me Sara; Here There and Now; The Dream of Eithlinn; The Shadows of the Táin; Buchaill Buí; Trainspotting; Macbeth; The Ice Child; Which Crazy Cat Are You.
Aron’s TV and Film roles include appearances in: Resistance, Younger, Vikings, Ripper Street, & Game of Thrones, as well as various short films including great success with Leap of Faith, for which he was nominated best actor in the Underground Film Awards 2018.
Aron’s voiceover career is continuous and he has recently been used on adds for An Post; Murphy’s Irish Stout; The National Lottery; and Simon Community, as well as previous work including; Munster Rugby; RTE Folk Awards; My Taxi; The Irish Examiner; Bus Eireann; Lidl; Heineken; SPAR. 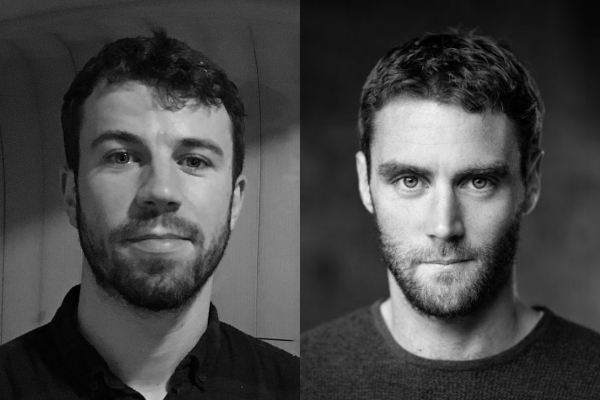