Put Out The Light

Put Out the Light

is a play set in Dublin about a tragic relationship between an African immigrant and an Irish woman. Kenneth Tamunda came to Ireland from Nairobi and initially things went well for him. After he is detained and breathalysed by a corrupt Garda on the way home form a late night party, his life begins to spiral out of control. He battles against his own demons and tries to make sense of the evil he finds in his world. The play is about the insidious and corrosive effects of racism, but also about the difficulty of untangling truth from false perceptions. Kenneth descends into a hell that could be partly of his own making and partly a response to intolerable pressure, in a culture that he once thought he understood. He does desperate things because desperate things are done to him. This is a play about love, jealousy, deceit and the tragic frailty of love.

About George Seremba (Actor)
Ugandan born actor George Seremba’s acclaimed one man show Come Good Rain has toured internationally to hundreds of venues over the last number of years. He was nominated for the BEST ACTOR in the Irish Times/ESB Awards for his role in Master Harold and the Boys (Calypso Theatre Company) and has recently appeared in The Playboy of the Western World (ABBEY THEATRE) and The Resistible Rise of Arturo Ui (ABBEY THEATRE). Television work includes a substantial part in Fair City.

About Paul Kennedy (Writer / Director)
Plays by Paul Kennedy include: Stopping by the Woods (Dublin Fringe 2009), Desert Places (Druid Debuts), The Tenants (Project Arts Centre), Testimonies (co-authored with Mary Moynihan at Space@the Helix and the New Theatre), Gloria(International Bar/St Johns Listowel), Acquainted with the Night (Andrews Lane Studio), Beautiful Creatures (Andrews Lane Studio). Paul received an “Artist in the Community” Award form the Arts Council in 2003 for which he wrote and directed A Journey Through the Markets for Smashing Times Theatre Company. 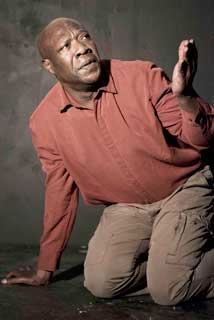