Shane has been trying to record an ep live for some time now. This is the second session to be done in the New Theatre and will feature parts of the last recording over dubbed live, straight through, no retakes! for better or worse these recordings will be released as an ep on January 21st 2011. He will be joined on stage by all manner of instruments and guests. This will be part 2 of “peppers ghost” ep recording.

Also performing that night will be Kevin Jennings and the Restless Consumers.
Throughout the night both groups will collaborating together and with several very special guests. 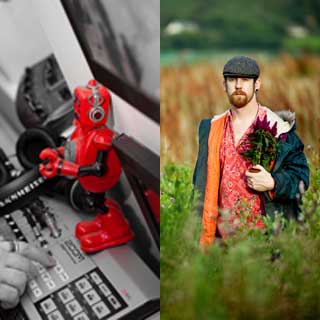