Home  /  Theatre   /   The Dublin James Joyce Festival
Back to events

The Dublin James Joyce Festival is organised by The New Theatre – with support from the Arts Council, Temple Bar Cultural Trust, Dublin City Council, UNESCO and entertainment.ie. It combines revivals of stage, film and musical Joycean adaptations with new work made possible by the January 1st 2012 expiry of the copyright on Joyce’s work. In January 2012 The New Theatre became the first theatre in Europe to present Gibraltar, an adaptation after Joyce’s Ulysses, adapted by Patrick Fitzgerald.

You can Download the festival programme – PDF 2.2M here
Listen to coverage of the Festival on RTÉ’s Arts Tonight programme
The Festival Programme includes:

12 – 16 June @ 2 pm.
Raising ‘The Dead’. Join Alice Coughlan’s Wonderland Avenue Productions’ team for a 60-minute audio tour of No 15 Usher’s Island – the setting for Joyce’s short story The Dead. From the first to the final story of Dubliners.

11 – 14 June @ 1 pm. At The New Theatre.
Songs of Joyce Performed by Sinead Murphy & Darina Gallagher, this show features a selection of the music hall standards, folk songs, sea shanties and operatic numbers that are an essential element of Joyce’s work. Songs of Joyce is a 50-minute musical extravaganza of songs drawn from the life and works of James Joyce, from bawdy street ballads and sea shanties to music hall hits and folksongs. Join us for this musical evocation of an era, acclaimed by critics, and just back from performing sell-out shows in New York, Boston and Moscow.
“A Joycean feast of music hall memories … delightful” – Anne Madden, The Belfast Telegraph
“comic joy – with a real sense of joie de vivre.” – Alan Chadwick, Scottish Herald

15 – 16 June @ 1 pm. At The New Theatre. Tickets €5.
A Portrait of the Artist. A cast of 10 deliver a performed reading of Tony Chesterman’s adaptation of Joyce’s first novel. Directed by Jimmy Fay.

18 – 22 June @ 1 pm. 23 June @ 12 pm. At The New Theatre. Tickets €12.50
The Tower Written by Joe Joyce and starring Tom Hickey and Bosco Hogan. This play explores the friendship and bitter falling out between James Joyce and Oliver St John Gogarty. Directed by Caroline Fitzgerald.
“An offering of quite extraordinary quality…” – The Sunday Independent.

Festival Director Anthony Fox (The New Theatre) says the inaugural Dublin James Joyce Festival aims to coordinate a variety of Joycean events on one programme with the long term ambition of creating a festival of international standing in Joyce’s home city:
“Our main objective with this year’s festival is to make Joyce’s works as accessible to as many people as possible. Looking ahead, the expiry of the copyright on Joyce’s works offers new opportunities for interpreting his work and we hope this festival will be a catalyst for the next generation of ‘Joycean’ writers and artists.”
More Information:
Anthony Fox, Festival Director: thenewtheatre1997@gmail.com
085 121 7637
Ronnie Bellew, Press: ronniebellew@gmail.com
085 156 5168 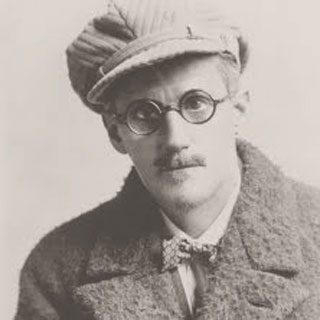 Organised by The New Theatre