From Oscar Wilde to Xena the Warrior Princess, the term “special friend” has been used to discreetly refer to a loved one in a gay relationship. Les Amitiés Particulières, literally meaning ‘those special friendships’, tells the story of two young boys at a Catholic boarding school, who develop a bond stronger than anything they have ever experienced.
They know that their love for each other has nothing to do with the rules about right and wrong in the “normal” world. Even if the school master and the education committee see their relationship as ‘wicked’ and ‘dangerous’, and try to separate them. The boys have entered a different world, and there are difficult issues they need to deal with in their own terms: does their age difference matter? (one of them is almost a child, the other barely an adolescent); and, is sex necessary in a union of two souls?

Roger Peyrefitte, the author of the autobiographical novel the film is based on, was a fierce campaigner for gay rights, an apasionado of gossip, a fan of controversy and, surprisingly, a far-right conservative. Nicknamed “the homosexual pope” for his attacks on the Vatican, he famously ‘outed’ the homophobic pope Paul VI. Peyrefitte may have been a waspy ‘larger than life’ character, but inLes Amitiés he gave us a disarmingly tender story.

By contrast with the Hollywood films of the same period, European films —and particularly those made in France— show a disarming candour about homosexual love. This film is a great example. Les Amitiés never explains itself, it is never ever contrived, it refuses to even be complex… Its aim is to simply show us the development of the relationship from the point of view of the boys, and then without flinching, with the same matter-of-factness, it shows us the deadly consequences of homophobic oppression, and the devastation it can bring into the lives of the gentlest and most vulnerable among us. 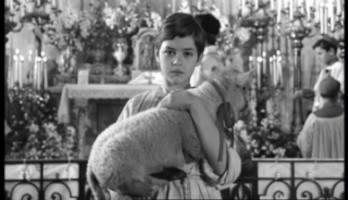