Home  /  Theatre   /   Mrs Roosevelt Flies to London
Back to events

In October 1942, Eleanor Roosevelt, wife of the President, takes a dangerous trip to wartime London, to visit US troops, and see how the British, most importantly the women, are coping.
In her last days, as the Cuban Missile Crisis pushes the world to the brink of final catastrophe, Eleanor relives her journey, from bomb-damaged Buckingham Palace to midnight factories, but also recalls her life, from unhappy child, to unconventional wife, to becoming, in President Truman’s words ‘First Lady of the World’.

Granted special permission to use Eleanor’s writings, Alison Skilbeck’s new one-woman show explores the public, and hidden life of one of the most extraordinary women of the 20th century, a woman beset by deep personal insecurities and tragedy, but one who never lost her passionate belief in the strength of the human spirit.

Alison Skilbeck
‘Alison Skilbeck’s long and busy career includes London’s West End and Fringe, theatre all over the UK, and many tours of Europe, the US and beyond. She began acting at Oxford University, where she read Modern Languages. Career highlights include: spending five years with Alan Ayckbourn in Scarborough, where she created roles in many of his plays; touring Shakespeare all over the USA with Actors From The London Stage as one of five actors playing all the roles, in ‘As You Like It’ and ‘A Winter’s Tale’; playing Pinter in Morocco, Dryden in Spain, and Vaclav Havel in Hong Kong. ‘For Greenwich Theatre, she was in the British premieres of ‘The Dining Room’, and ‘The Perfect Party’, by A.R.Gurney Jr.’For the Godot Company she has done Beckett’s ‘Play’, and the solo monologue ‘Enough’. She was Enid Blyton in Frayn’s ‘Balmoral’ for the Peter Hall Company.
Alison’s Television work includes: Sherlock Homes, The Beiderbecke Affair, Miss Marple, Head Over Heels, Doctor Who, Soldier Soldier, New Tricks, and Midsomer Murders. Latest Film: Phantom of the Opera.
On radio she has worked with Simon Brett, the late Don Taylor, and Ellen Dryden. She was also Polly Perks in The Archers, until the character was killed off!
Alongside her acting career, Alison has been an Associate Teacher at RADA for over twenty years, specialising in Shakespeare. She also serves on the Admissions Panel, and trains non- actors in Communications Skills for RADA Enterprises (REL).
Alison is also the writer and performer of the critically acclaimed solo show Are There More of You?, which has received 4 and 5 star reviews, and toured throughout the UK and Ireland.

Lucy Skilbeck (Director)
Lucy has worked in the West End, on Broadway, the National Theatre, off-West End, and London’s Fringe as well as directing in the USA and Australia. Professional productions include: Man in the Middle (Theatre 503), Too Far to Walk (King’s Head), Sweet Phoebe (Hen and Chickens), Wolf Lullaby (Old Red Lion and Theatre Deschargeurs, Paris), the Rose and the Ring (Hen and Chickens), Half a Life (Leeds), Hebron (Cottlesloe – NT Platform); Spring Awakening (National Tour, USA); The Man of the Future is Dead (Edinburgh); Secrets Whispered Falling (in collaboration with Nomad Dance, Sarajevo and The Place, London) With the Miniaturists at the Arcola and Southwark Playhouse: Jig, Porno Girl, Matchplay, Gilles, From Bombay to Sante Fe, the Piecemakers, Petunia takes Tea, Interval. Whistle Down the Wind, the Beautiful Game, Bombay Dreams, the Rose Tattoo, Spring Awakening (Lyric Hammersmith and West End) and 39 Steps West End and National Tour (all as Associate Director).
Lucy specialises in new work, and is currently developing two new musicals. She runs Blue Tongue Theatre, producing and promoting contemporary Australian theatre in London

Emma Laxton (Sound Design)
Emma is the Associate Sound Designer for the National Theatre’s production of War Horse and was previously an Associate Artist at the Bush Theatre.
Emma was previously Deputy Head of Sound for the Royal Court where her
productions include: The Westbridge (Jerwood Theatre Upstairs and Theatre Local), The Heretic, Off the Endz!, Tusk Tusk, Faces in the Crowd, That Face (and Duke of York’s Theatre, West End), Gone too Far!, Catch, Scenes from the Back of Beyond, Woman and A Scarecrow, The World’s Biggest Diamond, Incomplete and Random Acts of Kindness, My Name is Rachel Corrie (and Playhouse Theatre, West End and Minetta Lane Theatre, New York and Galway Festival and Edinburgh Festival), Other credits include: A Doll’s House, Three Birds, The Accrington Pals, Lady Windemere’s an (Royal Exchange), The Promise (Donmar Warehouse at Trafalgar Studios), Much Ado About Nothing (Wyndhams Theatre, West End), Precious Little Talent (Trafalgar Studios), Where’s My Seat, Like A Fishbone, The Whiskey Taster, (Bush Theatre) 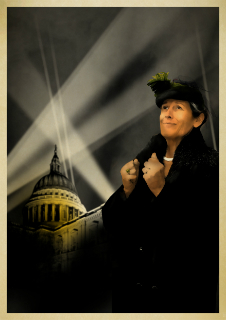