In A Different Place / Presi per il Pil’

Welcome back the PFC New Year programme. In keeping with their policy of encouraging new Irish directors/film makers the first film is a 5 minute short by a person who has already contributed a film to the club’s first film festival, which took place in 2014.
The main feature should be of great interest to anybody interested in the burgeoning “degrowth” movement. An Italian film which focuses on real people who made genuine changes to their lifestyles.

In a Different Place

3pm
(Ireland) 5mins
Director : Bryan Dunphy
“I’m in a different place, somewhere I shouldn’t be.” This film is a comment on mental health and the dangers of leaving mental health problems untreated. It attempts to convey the oppressive nature of a depressed mind. The feeling of at once being part of the physical world and also standing just outside. Like looking through a thin film at a place you know but is somehow different. This altered reality is almost monochromatic. The flame in the darkness is being blown here and there and does its best to hang on. The eyes open and close hoping to see the normal world return.

3.15pm
Italian with English subtitles. 65mins
A documentary by: Stefano Cavallotto, Andrea Bertaglio and Lorenzo Fioramonti
A very interesting documentary, beautifully filmed, about degrowth, sustainability and self-sufficiency in response to consumerism and the recession. It features case studies of people from various parts of Italy who have forsaken the commercial life in cities to live in rural communities and also it also looks at examples of city-dwellers trying to achieve more sustainable life styles. The film accompanies them in their new daily lives. Interviews with experts such as economists help make sense of the decisions which have been made.
More info and trailer here:
www.presiperilpil.org/trailer 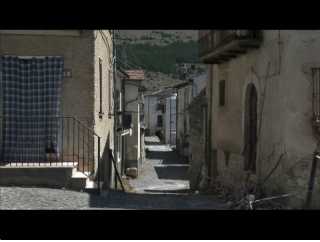