‘Autumn Sun’ tells the story of Occupy Oakland, which was part of Occupy Wall Street, a movement that swept the US in 2011 and 2012 responding to inequality and injustice. Occupy Oakland was always a special case. However, The city’s deep history of radical politics and active social movements meant that Occupy Oakland would demand more and compromise less, and this film documents the movement’s dynamic story.
Dir. David Martinez

8 June, 2013. 800 people enter an abandoned cinema in Barcelona to project a documentary film. The old building is renamed as “Cinema Patricia Heras” in honour of a girl who committed suicide two years earlier. But who is Patricia? Why did she commit suicide? How his her death related to Barcelona? The answers to these questions and the truth about one of the worst cases of police corruption in Barcelona is sought by this action.
Directors Xavier Artigas, Xapo Ortega 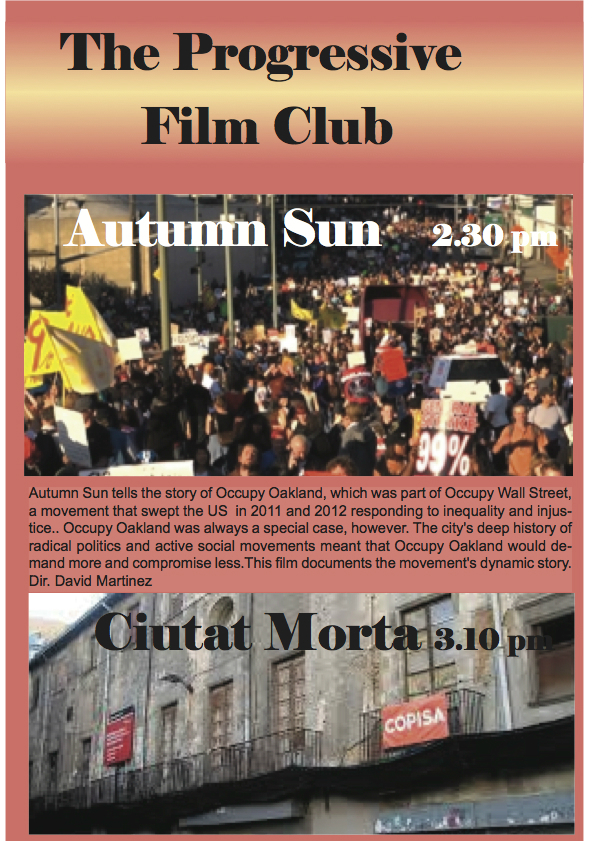