“Sounds like you’ve got a bigger problem with living than with dying, pal.”

In the Dark Horse Pool Academy, the games go on long after closing time and only the toughest customers last the night.
Oren Collins, a small-time thug and the hall’s best player, must finally confront the three main demons afflicting his life, both inside and out: the death of his brother, a long-overdue debt to a loan shark, and his conscience.

As time steadily runs out and tensions boil viciously over, Oren deceitfully enlists the help of Des, his uncle and the hall’s manager, and Joseph, a visiting American student with a mysterious link to Oren’s dead brother, to aid him in meeting his fate.
A play of invidious secrets and broken masculinity, The Collector simmers to a disquieting conclusion.

About The Author
Daniel Wade is a 24-year-old poet and author from Dublin. He is a graduate of Dún Laoghaire Institute of Art, Design and Technology, where he studied English and Journalism. His poetry has been published in Optic, Limerick Revival, Wordlegs (e-publication), The Stony Thursday Book (ed. Paddy Bushe), HeadSpace Magazine, the Seven Towers 2014 Census, the Bray Arts Journal, The Sea (charity anthology in aid of the RNLI), Sixteen Magazine (e-publication), The Bogman’s Cannon, Iodine Poetry Journal and the Hennessey New Irish Writers’ page of the Irish Times. He has also featured as a guest on Dublin South FM’s Rhyme and Reason poetry program, as well as on Near FM’s Writer’s Block.
In June 2015, his radio drama, ‘The Outer Darkness’, was broadcast on Dublin South FM.

A prolific performer, he has also read his work at various festivals, including the Electric Picnic, Body and Soul, Noeliefest and the West Belfast Festival.
‘The Collector’ is his first stage play. 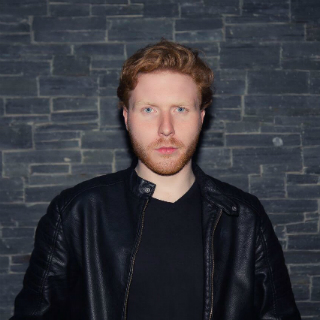