Home  /  Theatre   /   Beyond the Bookshelf
Back to events

Now in its fourth iteration, the festival and venue are quickly gaining a reputation for intimate and electrifying performances.
The intimate space of The New Theatre, and it’s location at the rear of the Connolly Book Shop, gave rise to the festival’s name.
The festival will feature two main acts per night, plus an act who will perform in the bookshop. Many of the performers will rarely be seen in such a small space.
The festival has hosted a diverse range of musicians over the years including, Duke Special, Si Schroeder, The Pale, Gavin Glass and many many more.
In addition to the performances in the theatre space, there will be acoustic performances and DJs in the bookshop itself.

Mark returns from a jaunt around Europe both solo and in support of Glen Hansard. Mark has performed in the New Theatre on a number of occassions but this is his first show with the Bookshelf and will be accompanied by the magnificent Grainne Hunt and a number of special guests (to be announced closer to date) ”
Tickets €12.50/€8 (concessions) 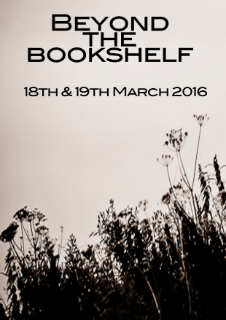