“The club is now crammed tight with people, mostly men. The music is a savage ceremony, men walking around each other, making eye contact, flirting, but flirting in a detached cynical manner, to avoid the humiliation of rejection.”
-Christos Tsiolkas, Loaded (1995)

The novel Loaded is told from Ari’s point of view – one ordinary, epic, catastrophic day in the life of a nineteen year old party-loving boy in Melbourne, Australia. His identity as a Greek-Australian gay man (and his refusal of that identity) is colored by his distorted ideas of what a ‘real Greek man’ is –strong, masculine, straight-acting, never off guard, never poisoned by feelings.

The book is set within the impoverished Greek diaspora in Melbourne (a faithful portrait of an unseen city, much like the monstrous portrait of Dorian Gray in the attic in Wilde’s story). The film holds on to that crucial context, but it eliminates Ari’s constant rewind-and-play in the cassette of his memory, and with it the accounts of sexual abuse, casual alcoholism, and relentless bullying in the family background of Ari and his best friend. In this way, Head On becomes a more universal snapshot of disaffected youth.

The book keeps referring to Ari gulfing down food, drink, LSD, snorting or injecting whatever comes his way, jumping on cars and bikes, scuttling and zig-zagging through everything to fill his empty days with ‘more’ –random inverted commas for dialogue, and slapdash headings, masterfully reflect this rush in Christos Tsiolkas’ writing. But film has a unique ability to show time in motion, and Ana Kokinnos’ brilliant adaptation is a racing pulsing sleek bullet of a film that sweeps you away with Ari.

Some scenes (the Greek party, the alleyway encounter) are astonishingly faithful to the text, and others (notably the key sex-scene with George, which eliminates his racism) simplify the novel to shift the focus from race to racing, from adoptive culture to addiction. In its relentless fast-forward motion, the film comes into its own by identifying something in Ari that the novel itself is only half-aware of. This is a man paralysed by fear, who thinks trust is a weakness he can not afford and love is a luxury that he can never deserve. 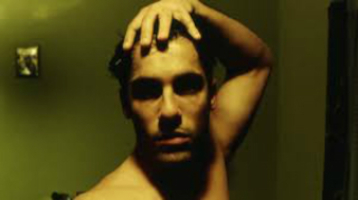