The New Theatre presents Pay Attention! to our Festival

A mini festival this coming Valentine’s weekend celebrating the written word.
Pay Attention! to our Festival includes a debaucherous Valentine’s evening of poetry and spoken word, a matinee of table readings of upcoming theatrical works and a one night only performance of Simon Toal’s “Jack Kairo and the Long Hard Kiss”.

Thirst for Romantic Attention is a raucous night of sentimental odes, anti-amorous rants and lustful fantasies in poetry and spoken word.

As part of Pay Attention! to our Festival, Pay Attention! Collective has joined forces with Thirst for Verse and the New Romantics to create a valentines day for the saps, the unlucky in love and the downright sexually frustrated that will take you from flirtation to divorce and back again.

Untitled by Robert Keogh:
A dictatorial director attempts his magnum opus. His methods are reprehensible and his cast are on the brink of mutiny.
As the line between fiction and reality blurs; friendships will be tested, egos will be bruised and perhaps a play will be produced

Untitled by Cara Chapman:
A short tale swimming in Irish mysticism, folklore and surrealism as two young characters come to grips with their identities whilst grappling with the turbulence of a personality disorder and a more than slightly unhealthy dependence on one another.

A 24 hour attempt to take you into the world of film noir, featuring a full cast and just two actors.
Come join Jack on his case, as he tries to figure out just who are this secret gang called the crazy 1%, and their mysterious enforcer, The Bond Holder.
Written by Simon Toel. Starring Oisín McCartan and Shane Laird. Directed by Cara Chapman.

Pay Attention! Collective is a group of creatives across different mediums and backgrounds with the common goal of creating great art in Ireland – since their inception in 2018 they’ve been an incubator for talent in the arts across theatre, prose, poetry, film, music, art and comedy having sold out their last three shows, including new theatrical works by their in house writers. 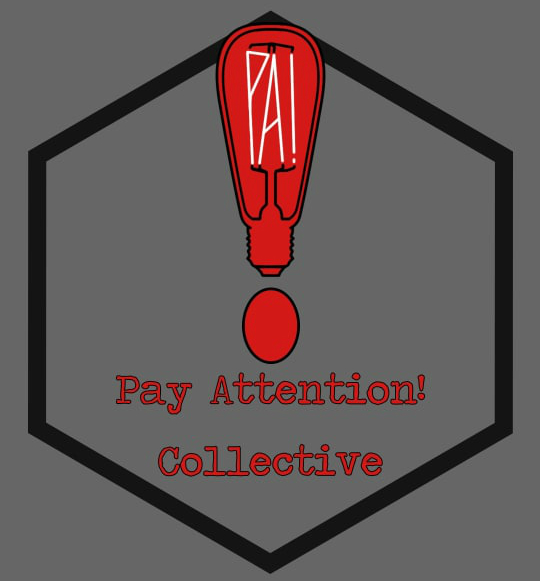