The Trial Of Dr Luther

In 1517 a lowly Augustinian monk dared to question the practices of the Vatican. He challenged the scam of selling indulgences in order to raise money for the building of St. Peter’s Basilica in Rome. He condemned clerical celibacy at a time when the Pope and others in the Vatican had concubines. He went on to challenge the Church’s abuse of spiritual and temporal power at the placing Canon law over civil law, a practice that still remains today. The Holy Roman Emperor condemned him to death, the Dominicans wanted him burned at the stake. He escaped. When he nailed his Ninety Five Theses to the door of his local Church, he had no idea that this action would lead to the reformation which ended the monolithic power of the Roman Church.
The Trail of Dr Luther joins him at the end of his life, as he reflects on his triumphs, regrets and failings, his family and his struggles, revealing the man behind the myth.

His life and work have as much resonance now as they did 500 years ago.

Oliver McQuillan is an actor and writer. He was originally a member of the celebrated Lantern theatre. Recent theatre work includes DEATH AND THE MAIDEN, THE REALIST and LADYBIRD. Plays include, THE GHOST ROOM, THE PUFFIN’S NEST and an adaptation of Ben Kiely’s novel CARDS OF THE GAMBLER. 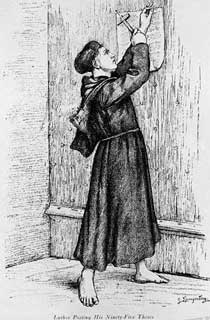