Israel: The current Chief Rabbi in Jerusalem has described homosexuality as “an abomination”, declaring that “[t]he Torah says it is punishable by death”.

KEEP NOT SILENT (Dir. Ilil Alexander, 2005)
Clandestine meetings, community, defiance.
While LGBT equality and protection are now enshrined in Israeli law, the leaders of Orthodox Judaism are adamant that the only answer to homosexuality is self-repression. Many Orthodox Jewish women who love other women have tried to follow the rules, but some have begun to organise secretly and fight for recognition
–A fascinating documentary on repression and expression.
www.filmqlub.com 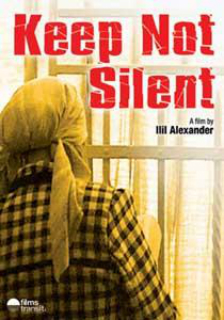