Arachnophilia is a story of love, spiders and mortality. In an attempt to secure their long-term future and help prepare for a baby, Conor buys his partner Alice a pet Chilean rose tarantula. Understandably upset, Alice leaves, and Conor’s obsession with Bellhop the spider grows. With only a used exo-skeleton for company, can Bellhop find some meaning in a life lived in captivity, while watching his owner’s mind slowly unravel?

Aidan Fitzmaurice is a writer based in Dublin. His credits include a short piece for Maylin Production’s ’60 minutes in Dublin’, performed in The New Theatre, as well as two sell out shows for Smock Alley’s ‘Scene and Heard’ festival; ‘Frame 37’ and ’Arachnophilia’.
His background in music and love for absurd comedy is reflected in each of his plays. His upcoming feature for ‘Scene and Heard’ is entitled ‘Fundraising: The Musical’, a musical about fundraising which will also serve as a fundraiser for itself. He will also be performing in this show, his first time to do so on stage.
He has developed a unique blend of creative outlets through his work in both science and art education. This combination, along with his musical and comedic interests, has allowed him to focus on ideas which are original and capable of eliciting the confused laughter he favours. 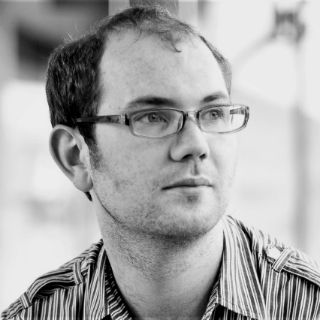