UNITED IN ANGER (Dir. Jim Hubbard, 2012)
Togetherness, fury, strategy.
LGBTQI activism is more effective through collaboration. The fearless and imaginative campaigners from the Act Up organisation fought tooth and nail for the rights of people with AIDS, at the peak of the epidemic in the USA in the 1980s. And they turned the tide of greed and homophobia.
–An unforgettable lesson on how to bring about change.
www.filmqlub.com 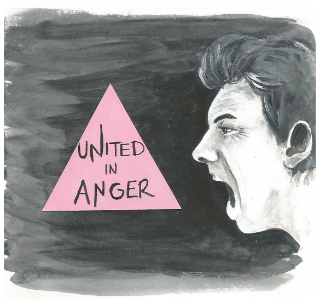